Ladybirds in the Garden

From Jacob, Luc and William at The Hall School in London we had the following, very thorough solution sent in, 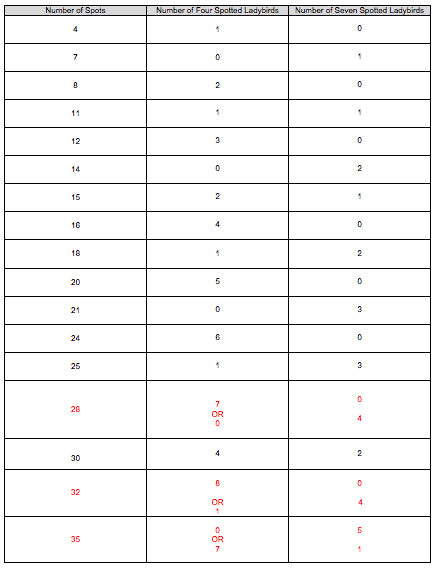 We also had some ideas sent in from Christian at Heronsgate School, Olivia from Risley Lower Primary School both in England. From Australia we had a solution sent in from Maths Group $2$ at Brunswick South Primary School.
Well done everyone!
The NRICH Project aims to enrich the mathematical experiences of all learners. To support this aim, members of the NRICH team work in a wide range of capacities, including providing professional development for teachers wishing to embed rich mathematical tasks into everyday classroom practice.