P is a point on the circumference of a circle radius r which rolls, without slipping, inside a circle of radius 2r. What is the locus of P? 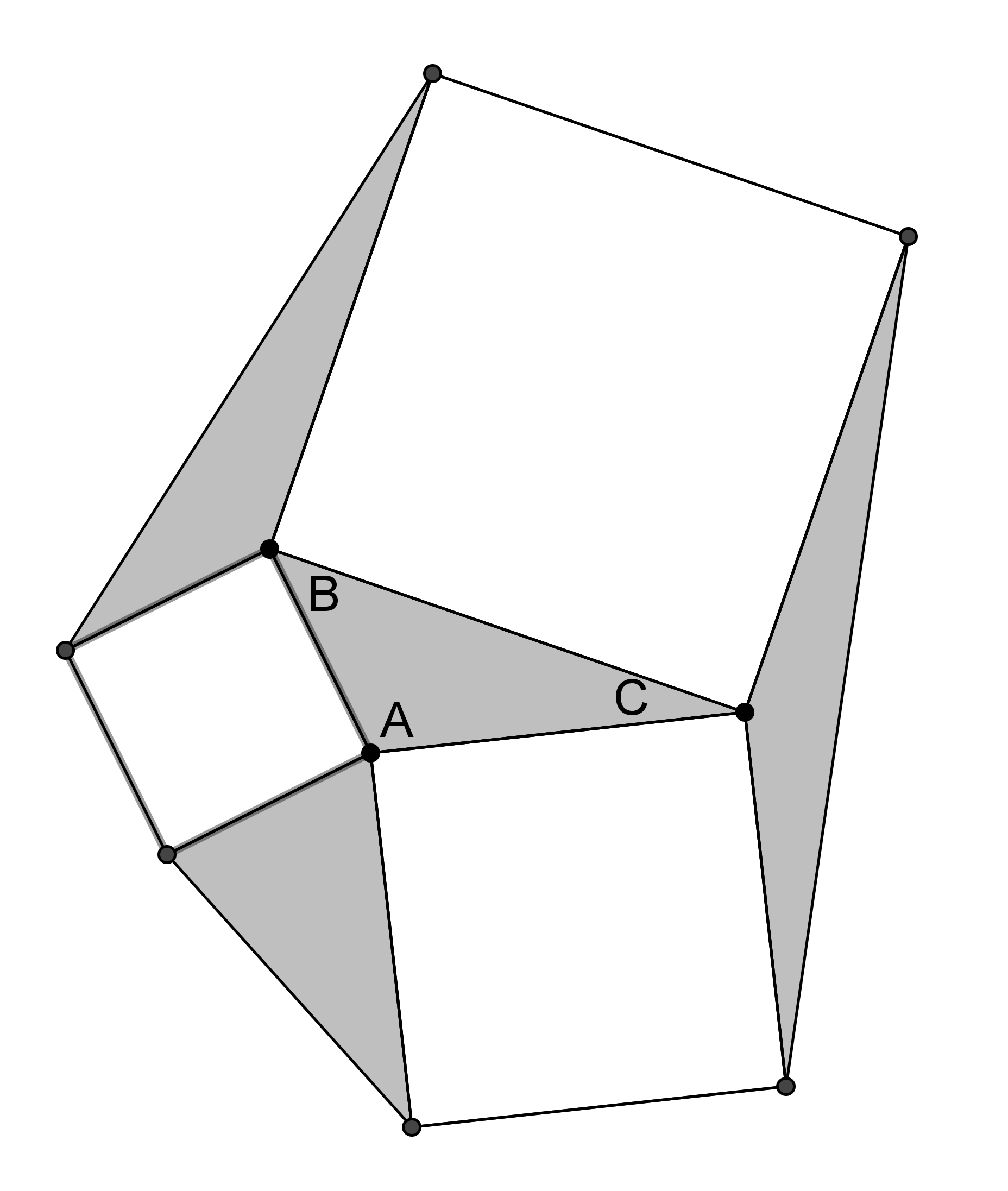 Draw any triangle $ABC$ and construct squares on each of its sides.

Join the vertices of the squares as shown in the diagram to create three more triangles.


Work out the area of the four triangles.
What do you notice?


Can you prove it?

Take a look at the Getting Started section to explore some interactive diagrams, or click below to see an image together with some questions which might help you to construct a proof. 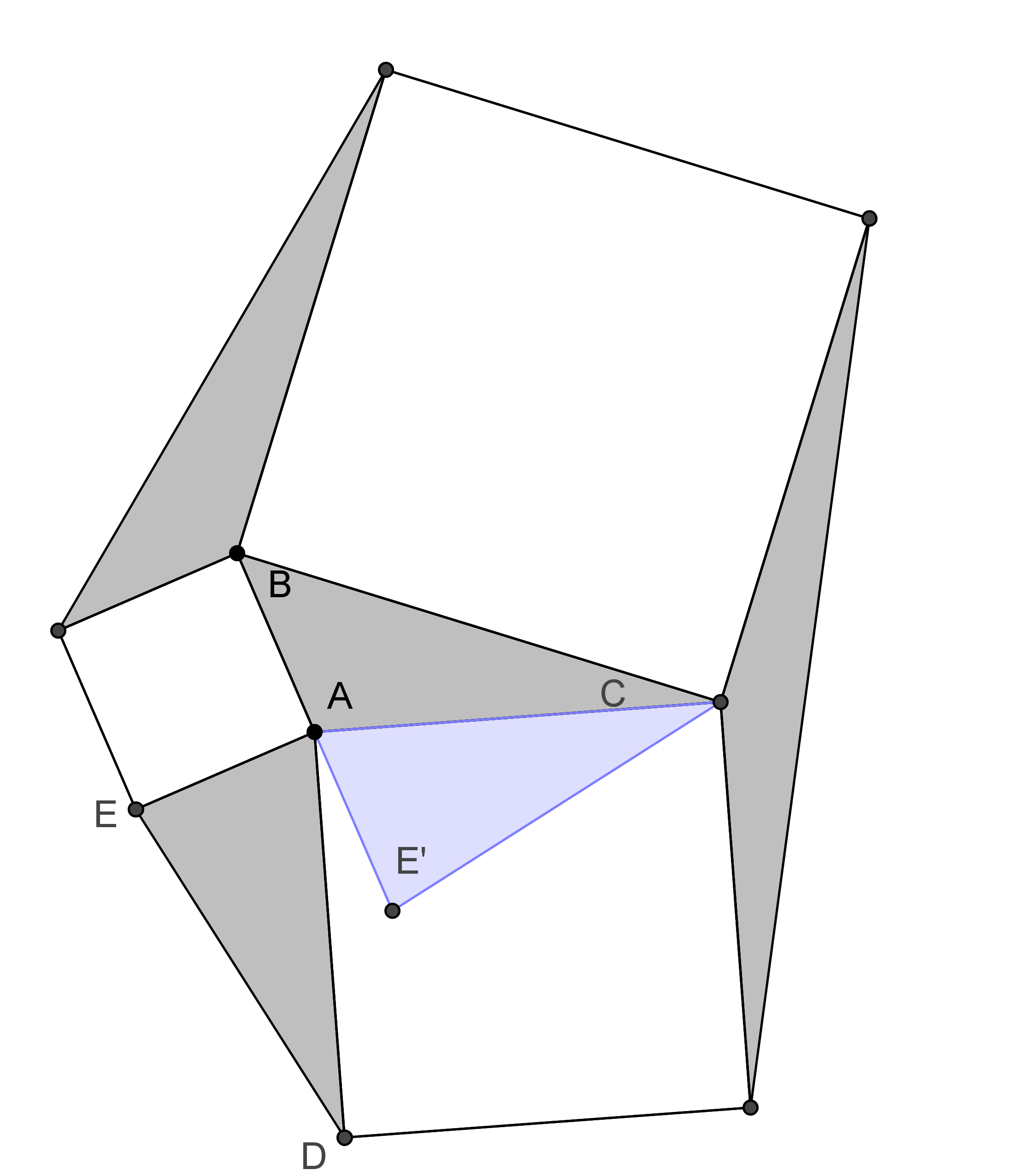 What proportion of triangle BCE' is triangle ABC?

Can you rotate the other grey triangles in a similar way? 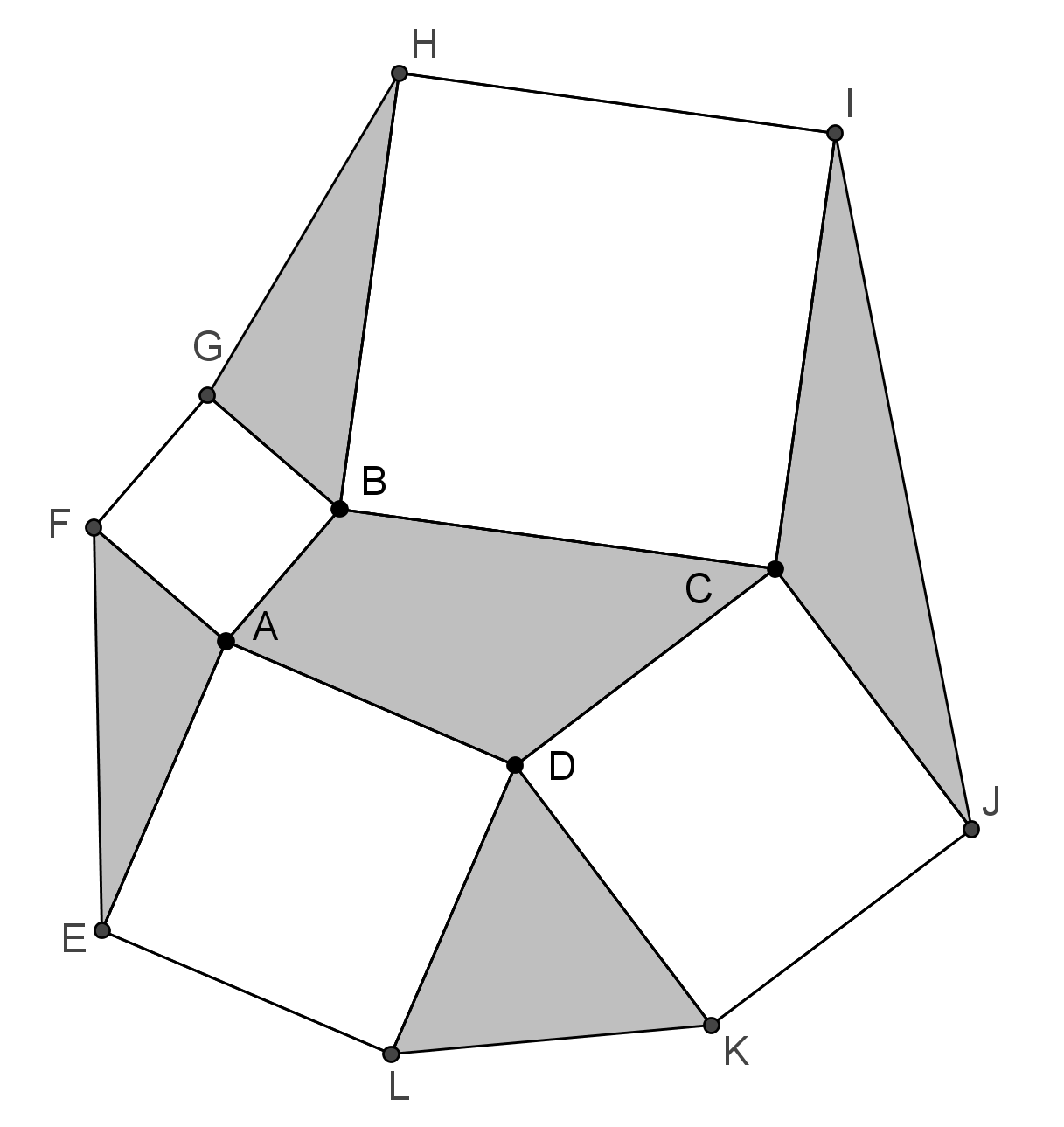 Here is a similar picture, which shows a quadrilateral $ABCD$ with a square constructed on each of its edges.

Triangles, which have been shaded, have been constructed between the squares.


Use your previous result to show that the areas of opposite triangles sum to the area of the quadrilateral $ABCD$. 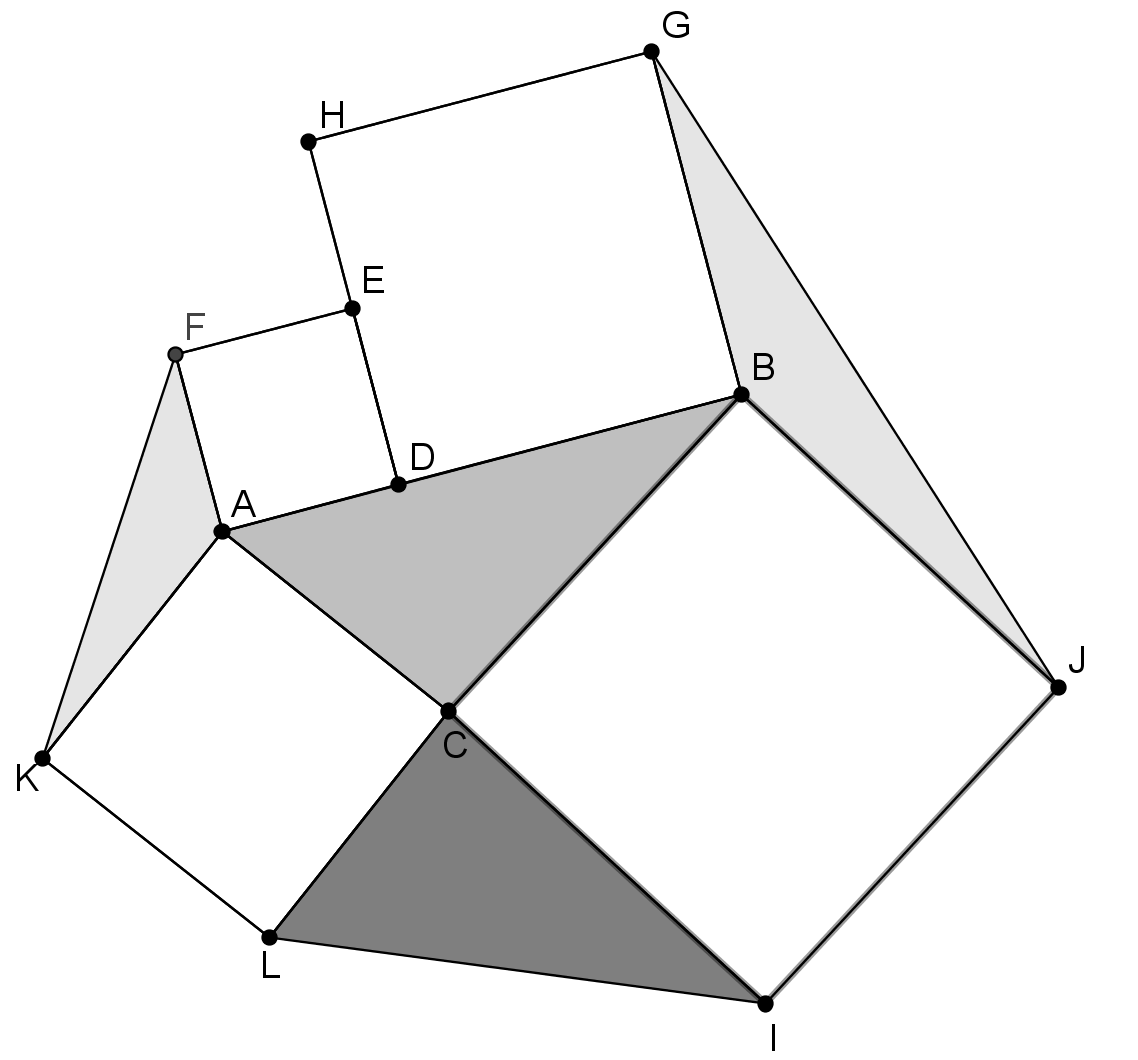 Finally, this picture is constructed around an unremarkable triangle, with two arbitrary squares constructed on one edge.

Single squares are then constructed on each of the remaining edges of the triangle.

Triangles are then drawn between the squares as shown.

Use your previous results to prove that the area of the darker shaded triangle $CIL$ is equal to the sum of the areas of the other two triangles $AKF$ and $BGJ$.
The NRICH Project aims to enrich the mathematical experiences of all learners. To support this aim, members of the NRICH team work in a wide range of capacities, including providing professional development for teachers wishing to embed rich mathematical tasks into everyday classroom practice.