How do scientists or mathematicians estimate the size of a population of wild animals?

How Confident Are You?

What proportion of people make 90% confident guesses which actually contain the correct answer?

This problem is part of the Great Expectations: Probability through Problems collection. It is designed for classroom use; see the Teachers' Resources for a suggested classroom approach. 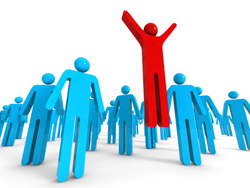 Ms Dickens' class has submitted business plans in a national enterprise competition, and to their great delight have been awarded two of the prizes.
However, 8 students - 2 boys and 6 girls - were involved in putting together their winning entries, so who should get the prizes?

Alesha and Jack felt they'd done the most work, so they ought to be chosen.

After considerable discussion the group came up with three ways of choosing who will get the prizes.

Which would you go for if you were Alesha or Jack?

Which do you think would be most fair if actually they hadn't done any more than anyone else?

Which do you think is the most representative of the whole group?

Put the boys' names on 2 cards, mix them up, and choose one.  Then do it again with 6 cards for the girls.


Give everyone a number from 1 to 8.  Then use the random number generator on a calculator to choose two people.


Put everyone's names on slips of paper, and fold them over so the names can't be seen.  Then mix them up, and pick two out.


Start by doing some experiments to help you get a feel for the different suggestions.
You should carry them out 16 times each.

Choose four colours of counters or multi-link cubes.  Take 5 in one colour for the girls (except Alesha) and 1 in a different colour for Alesha.  Then take 1 each of the other colours for Jack and Paolo, the two boys.  (Remember to make a note of who each colour represents!).

For Lucy's suggestion, divide the counters into girls (including Alesha) and boys (both Jack and Paolo).
Without looking at the counters, pick one boy and then one girl.
Record the results, noting if either Alesha or Jack are chosen.
Repeat 16 times.

For Ingrid's suggestion, put all the counters together.
Without looking at the counters, pick one out and record what it is.
Put it back with the other counters, and then pick another, recording what it is.
Record the results, noting if either Alesha or Jack are chosen.
Repeat 16 times.

For Paolo's suggestion, put all the counters together.
Without looking at the counters, pick one out and record what it is.
This time, do not replace it with the other counters.
Pick another counter, recording what they both are.
Record the results, noting if either Alesha or Jack are chosen.
Repeat 16 times.


What should we expect to happen on average for each suggestion?  This worksheet will help you to keep track of your data and to compare it with the expected results.

For each suggested method, what is the probability that Alesha gets a prize?
How about Jack?

For each suggested method, what is the probability that any one girl and any one boy get a prize?

For each suggested method, what is the probability that the same person will get both prizes?


Which method of the three would you choose?  Why?
Are there any you definitely would not choose?  Why not?

Can you think of a better method of choosing who should have the prizes?
How is your method better?
Does it have any disadvantages?