We had a small number of submissions but they contained some very interesting thoughts.

The year 2 children in Laurel Class at Colman Infant School Norfolk worked on this problem and the teacher sent in the following:-

We decided to personalise the problem to fit in with our recent trip to Hickling Broad nature reserve In Norfolk. The children were amused by the idea that Noah might have visited Hickling and were all eager to getstarted.
As a class we looked at how there could be 2 creatures with 12 legs. We quickly established that there could either be 2 ladybirds or a spider and a mouse. We decided that this meant there would probably be more than one way of having three, four or five creatures etc. From then on the children worked with a partner. Some children worked on 12 legs and others on a more ambitious 18. They began by drawing pictures of the animals and making a zig-zag book. This was a way into the problem that made sense to everyone. All the children worked enthusiastically. Having pictures also meant that the children didn't use the same combination of animals twice as is often the case when ust using numbers. (E.g. 6+4+2=12 and 2+6+4=12)
The idea was to work systematically to find as many different ideas as possible. Some children began to realise that they could use one answer to inform another. For example, if you had 1 Iadybird, 1 mouse and 1 duck you could work out 4 creatures by exchanging a mouse for 2 ducks or a duck for 2 snails.
Later in the week the children looked at their booklets and realised that there were still a lot more answers to find. They were encouraged to work in a more abstract way but could still refer to their numbers as spiders, ladybirds, mice, ducks or snails. This is where they really began to work systematically. They were keen to find as many answers as possible.

Thank you all at Laurel, sounds good

Rhea from Bablake Junior School sent in the following

She entered a second submission saying:-

Well, I just entered a solution but I forgot to give examples of some animals Noah could have seen.
For a two legged, maybe birds, like: robins, pigeons, blackbirds, finches, blue tits, doves or swans.
For 4 legged: lion, dogs, cats, tiger, hedgehog, fox, wolf and more. These are examples, but there could be a lot more! Read my other solution on how to work on the 4 legged and two legged animals. It will be very helpful, hopefully you will read it and even make a solution your self! Good luck, hope you have fun on NRICH!

Olivia also from  Bablake Junior sent in this solution:-

The teacher of Year 1 at Bute House Prep School sent in the following:-

Year 1 had a lot of fun investigating how many animals could have gone into the Ark if Noah had counted 12 legs.  They thought of their own line of inquiry within this problem and so some looked at whether they could have every number of animal from 1-12 with 12 legs, others looked at how many ways they could have groups of animals with the same number of legs making 12, while others investigated how they could best record their findings
systematically.  Here are a few of their discoveries :-)

Amelia and Olivia found a number of ways of counting 2,3 and 6 animals, although they realised they couldn't have a rabbit and a fly as this wouldn't be enough legs 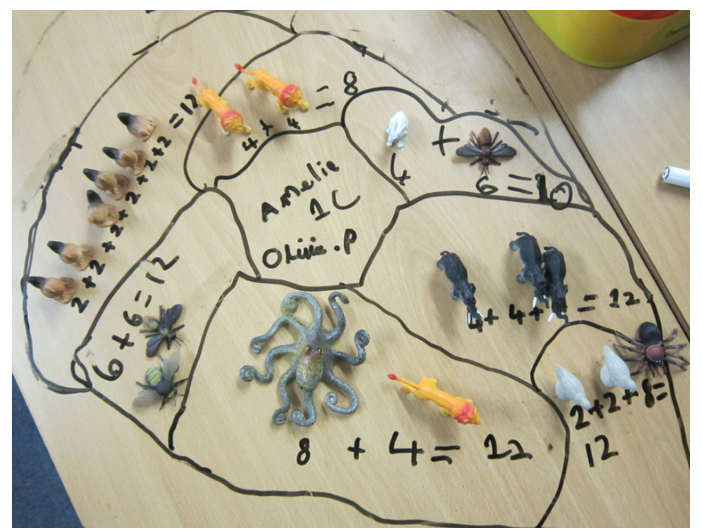 Annabelle and Julia found solutions for 3, 4 and 6 animals. 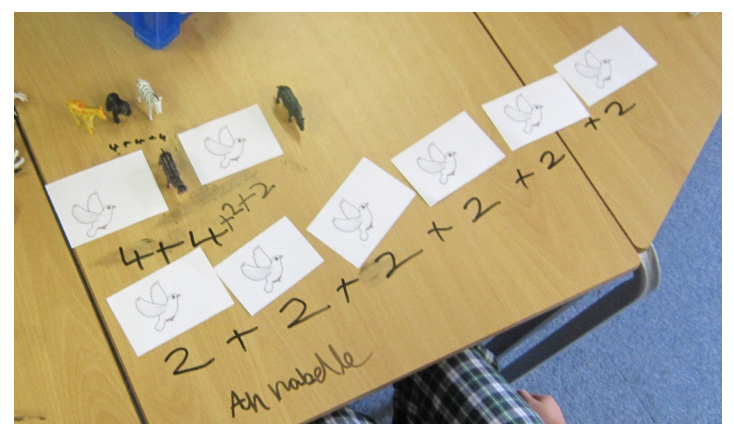 Claudia explored which combinations of the same number of legs  would work to add to 12. 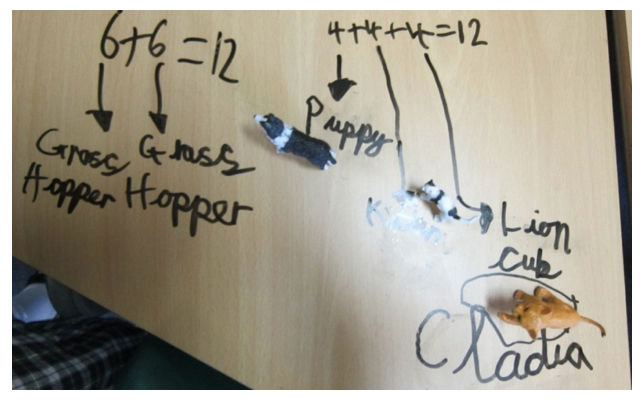 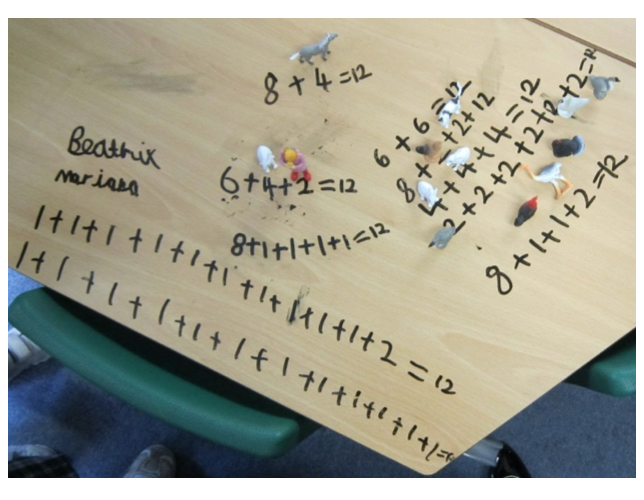 Sophie realised that if you used snails it was possible to make up lots of animal numbers eg  4 birds and 4 snails = 8 animals with 12 legs. 6 snails and 3 birds would be 9 animals and 12 legs.
The girls thought 1 animal would be impossible!

Thank you all for these very detailed accounts of your work. maybe some would go further and consider a larger number of legs seen by Noah. What is there would be only two types of animals and the same numbers of each, which Rhea used.
The NRICH Project aims to enrich the mathematical experiences of all learners. To support this aim, members of the NRICH team work in a wide range of capacities, including providing professional development for teachers wishing to embed rich mathematical tasks into everyday classroom practice.