Probability Through Problems: a new approach to teaching probability

This article is part of our collection Great Expectations: Probability through Problems 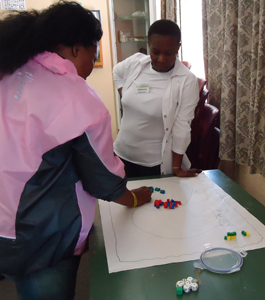 
Perhaps not the usual reaction!  But this was the heading of a forum post written by a South African teacher who met our resources recently.

So what's different about our approach:
We have a collection of resources which can be used as a basis for the whole of the probability curriculum for 11-16 year-old students, which will take them from a first introduction right through to independent and dependent probabilities, and conditional probability.  In addition, we have a further set of problems providing a wider range of contexts in which students can investigate the mathematisation of probability and allied topics.

All the resources are based on interesting experimental contexts, which model real-life contexts:


Which team will win? - introducing tree diagrams and the method of collecting data which is then interpreted in terms of what we would expect if we could collect enough data
The dog ate my homework - building on this, expressing expected results in the form of proportions, and hence answering questions about how likely an event is
Who is cheating? - from expected results to probabilities in the form of fractions, and the multiplication rule (and onto conditional probability)
Prize Giving - from experiment to sampling with and without replacement 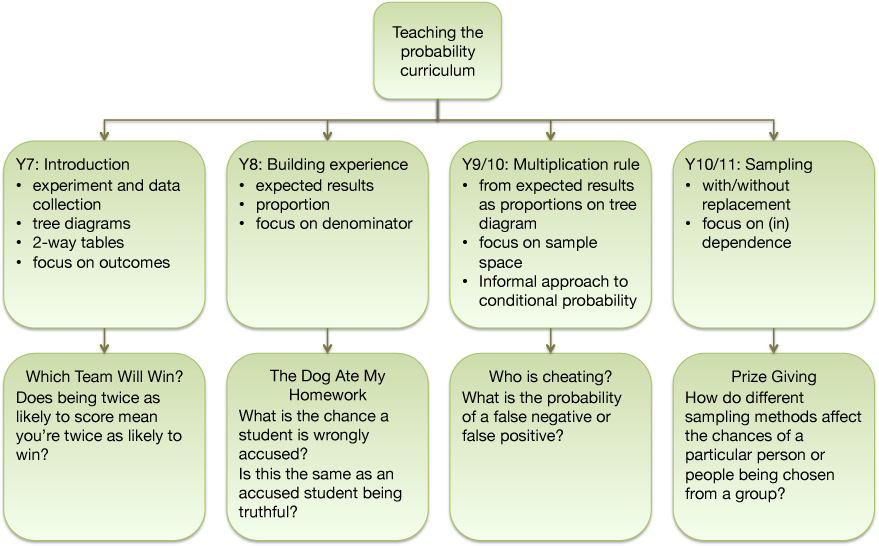 We have a further set of resources which provide additional contexts for exploring the mathematisation of uncertainty and risk:
The Wisdom of the Crowds - exploring averages in the context of skewed data, histograms
How confident are you? - testing people's confidence levels
Capture and re-capture - proportional reasoning through sampling
Louis' Ice Cream Business - what effect does risk have on assessment of likely outcomes
To insure or not to insure - risk from the perspective of the owner of a mobile phone and a company that wants to make money out of insurance 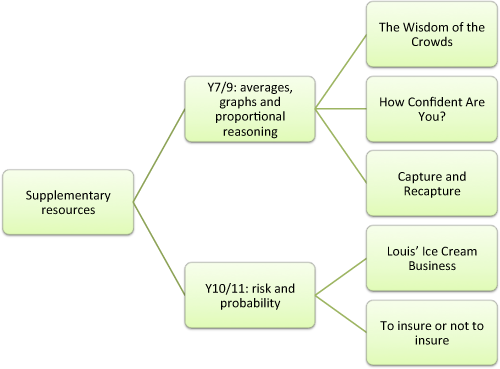