What Shape and Colour?

Can you fill in the empty boxes in the grid with the right shape and colour?

Some children were playing a game. Make a graph or picture to show how many ladybirds each child had.

If the World Were a Village

A gallery based on the book, 'If the World Were a Village' by David J Smith and Shelagh Armstrong, has opened and needs some exhibits. All of these must be based upon the data from within the book. It is important to be thoughtful about how the data are presented because sometimes key messages can be missed out because of the way the data are shown.

In the book, the world's population ($6, 660, 000, 000$) is represented in the imaginary village of $100$ residents so that each resident represents approximately $67$ million people from the real world. 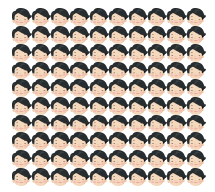 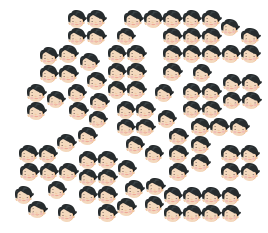 What do you think?
In your opinion, which shows us the $100$ people in the best way?

In the village, $61$ people are from Asia; $13$ are from Africa; $12$ are from Europe; $8$ are from South America, Central America and the Caribbean; $5$ are from Canada and the United States; $1$ is from Oceania. How shall we represent this? 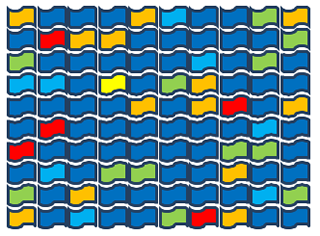 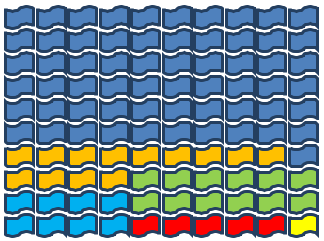 What do you think? All of them show exactly the same information.

Your challenge will be to decide how to represent some more of the data from the book.  Here are some suggestions but you could choose your own data if you have a copy of the book.

$82$ have access to a source of safe water either in their homes or within a short distance. $18$ do not and must spend a large part of each day simply getting safe water. Most of the work of collecting water is done by women and girls.

$64$ have access to adequate sanitation - they have public or household sewage disposal - while $36$ do not.

$68$ breathe clean air, while $32$ breathe air that is unhealthy because of pollution.

We are looking forward to seeing your different representations.

Many thanks to Vivien Townsend for creating this activity and the accompanying teachers' notes.