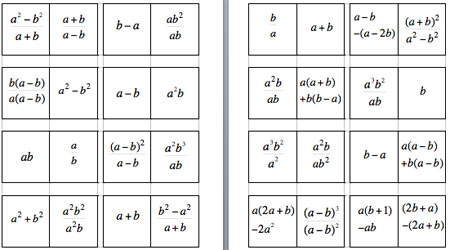 
The aim is for every member of the team to end up with a set of four dominoes which join together to form a "doughnut" where touching ends are algebraically equivalent. Like this: 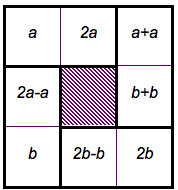 The task is only successfully completed when everyone on the team has completed their domino doughnut.

You will need to work in a team of four. If you have a fifth person available - use them as an observer (see guidance below).
In silence:
Distribute the 16 domino cards randomly amongst the team (four cards each).

Players pass dominoes to other team members in order to help one another complete their doughnut.

Observers can offer one of the hint cards if after a period of five minutes the team is not making any progress.