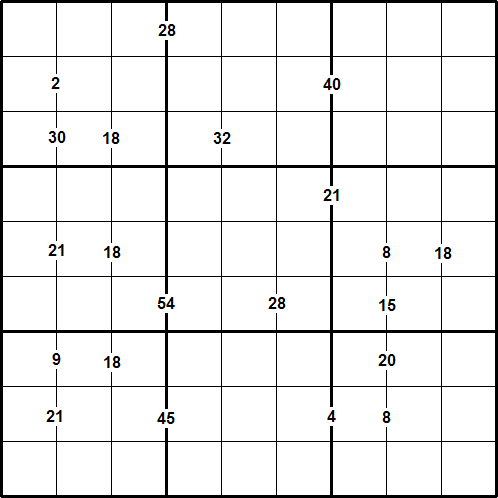 Like a conventional Sudoku, this Multiples Sudoku has two basic rules:

The puzzle can be solved with the help of  the numbers which are placed on the border lines between selected pairs of neighbouring cells.
These numbers are the product of the two digits in the cells to the left and right of the clue.

A printable version of the problem can be found here.

You may be interested in the other problems in our Playful Puzzling Feature.