In how many different ways can I colour the five edges of a pentagon red, blue and green so that no two adjacent edges are the same colour? 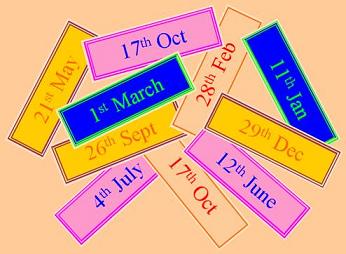 The next ten people coming into a store will be asked what day in the year their birthday is. For example 17th October.
If the prize is £20, would you bet £1 that two of these ten people will have the same birthday ?

If not, what's the lowest prize value for which you would take this bet and why?

No matter how big the prize or how easy it looks to win, it isn't smart to bet if I can't stand the loss.
However, lots of things are not certain and we often need to make decisions in the face of that uncertainty.
Probability is how mathematicians quantify uncertainty.
Puzzles and games can be an excellent way to explore this.