First, we tried to make 8 on one side of the square, but that didn't work out because the other sides couldn't be 8. We tried swapping dominoes around a few times, but still one side wouldn't add up to 8.

Then, we realized we could flip the dominoes around. The side that was 8 could stay 8, and that helped us to build the other sides.

Working as a group, we solved it quickly! Each one of us could solve one part, and we helped each other put the square together. We were faster than the teacher was! 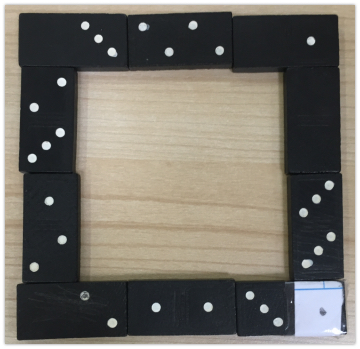 I put the higher value dominoes in the middle of each arm then fitted the others around, adjusting using the pieces in the corners. 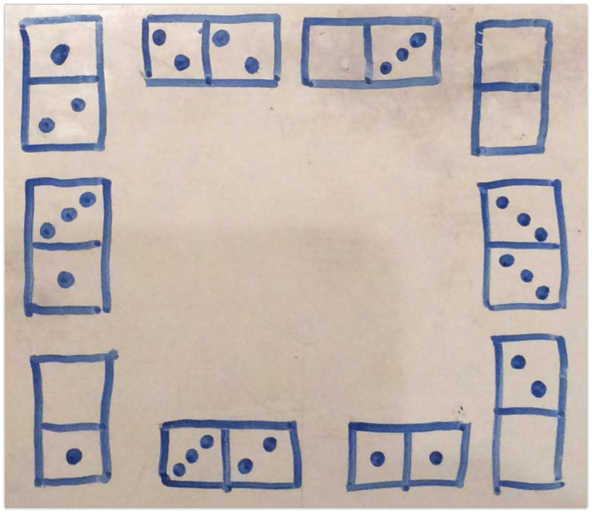 Cordelia, Esha and Mya from North London Collegiate School sent in their solution:

Here is our submission for dominoes that we did in our maths club: 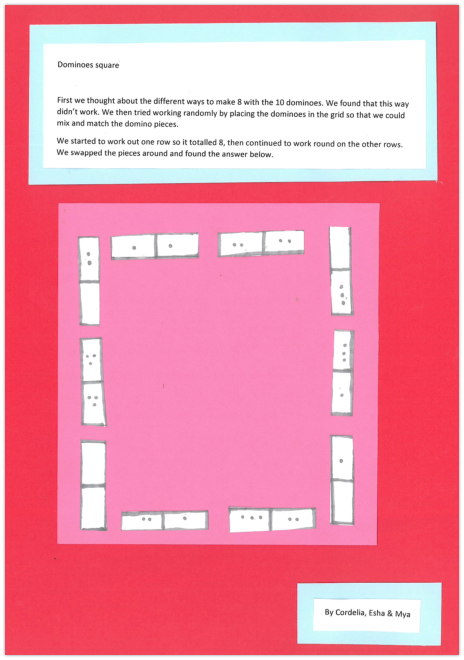 Rihanna and Areebah from Gallions Mount School in Greenwich wrote: 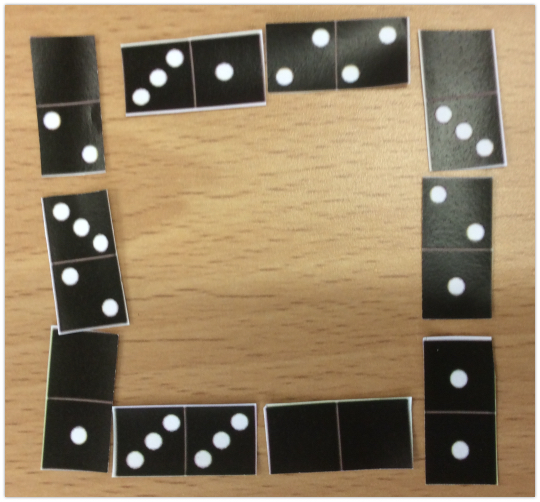 Andrew and Michael from Old Earth Primary, and Sam, Harry, Molly and Callum from St Nicolas C of E Junior School, Newbury started this challenge in the same way. Here is what Sam and Harry said:

Andy and Michael expanded a bit on this:

In other words, the dots in the four corners must make a total of 2 dots. The only ways to have a total of 2 dots is by having one corner with 2 dots and the others all blank, or two corners blank and two with one dot.

Sam and Harry found this solution which had 2 dots in one corner and the other corners blank:

Thank you for all your contributions. I hope you'll send some again in the future.