Children often enjoy saying how they see something differently from someone else.

Adults could show interesting arrangements of objects and invite children to talk about the numbers they see.

The Activity
Arrange five large magnets on a tin tray and confirm that everyone sees five. Ask, 'What numbers can you see hidden inside five?' Collect different views. Turn the board away to rearrange, show briefly and ask, 'How do you see them now?'

Development and Variation
Show numbers of things in less familiar arrangements and provide counters for children to copy. 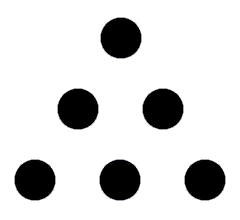 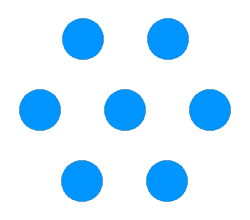 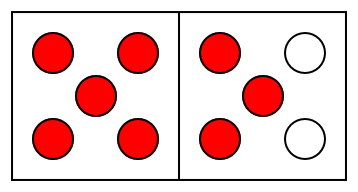 Invite children to make lots of different arrangements for five with counters, matchsticks, shapes or small cubes, and to talk about how they are made up with different numbers.

Bunny ears: ask children to show a number on the fingers of two hands held above their heads. One child can show a number briefly in this way for others to say how many there are.

Discuss images from Making Number animations (https://www.oxfordowl.co.uk/for-school/pd-books/making-numbers, you'll need to register) or Number Talks (ntimages.weebly.com).
Resources
Large magnets, magnet board or tin tray.
Video of the magnet activity with a class of five-year-olds:
http://www.teachingchannel.org/videos/visualizing-number-combinations
Dot cards with different arrangements, as described in this article.

Counters, such as 'nuggets', square tiles or cubes.
Subitising progression with activities: http://learningtrajectories.org