A Bowl of Fruit

Can you work out how many apples there are in this fruit bowl if you know what fraction there are?

We had some good solutions sent in with some interesting explanations.

As NRICH suggested I started off with the basic vertical and horizontal lines to make half.

I noticed that the line passed through the middle of the A4 paper.
Then I had a new idea, I thought, what would happen if I made a shape on either side of the vertical half way line? I made a triangle. Lines don't have to be straight. This time I used a semi-circle.

Finally, I tried something a bit different”¦ 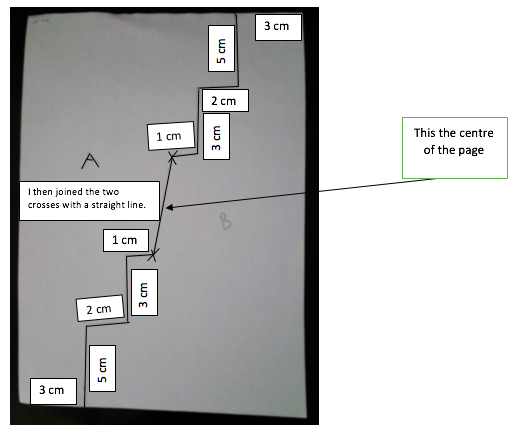 I realised that these are just a few of the many ways to halve a piece of A4 paper.


Georgina from JAPS sent in this picture and some words to go with it. 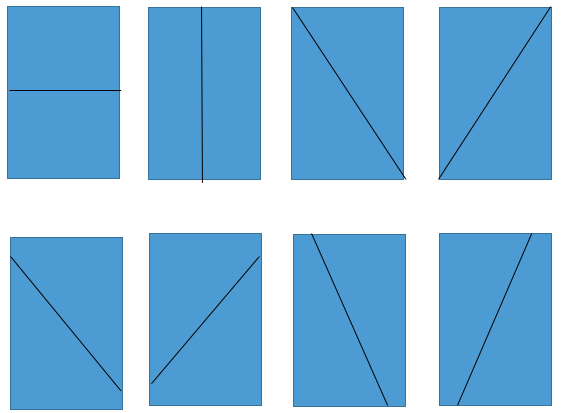 We found 20 ways of halving a piece of paper, but we believe there could be more. We started off by halving it horizontally and portrait. We then moved on to looking at different ways. We thought that if you did the same to each side then it would make half on each side. How many ways can you find?

Sena and Stefan from Great and Little Shelford sent in the following;

First, we found the initial two lines of symmetry, as shown on the example, which would split the paper in half. We drew them on the same piece of paper. Then we found the diagonals, which were not symmetrical when we folded them, but still split the paper in half. We then noticed that between each available gap we could draw a line splitting the gap (which was triangular) in half, going through the centre point. Using this, we worked out that each gap could be halved again and again, which led us to conclude that an A4 piece of paper can be split in half infinite times using a straight line going through the centre point.

Siya and Felicity from North London Collegiate School sent in this Word Document to show their work, you should read it  here.docx   Also from the same school came Suki and Audrey's solutions which are  here.docx

Thank you all for these solutions - they were interesting to read.
The NRICH Project aims to enrich the mathematical experiences of all learners. To support this aim, members of the NRICH team work in a wide range of capacities, including providing professional development for teachers wishing to embed rich mathematical tasks into everyday classroom practice.