This solution is from Isobel and Rebekah from Wycombe High School in the UK. More solutions are shown below. 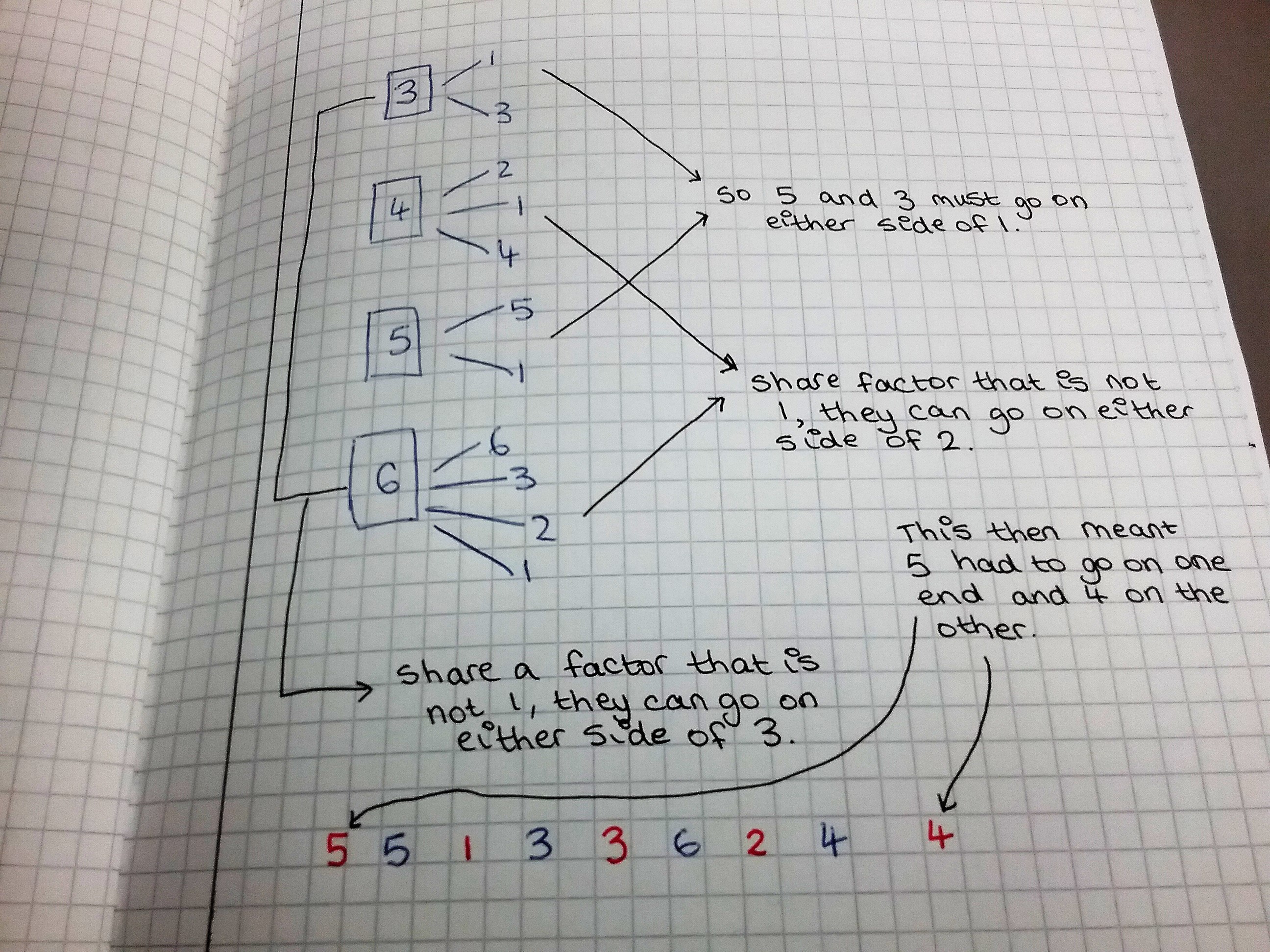 Well done to everyone who sent in a correct solution. Many of you appeared to use trial methods, like Allan, Maysa, Soyeon and Vaneeza from Greenacre Public School in Australia, who sent in their first trial:
We tried the problem out with trial and improvement and it turned out something like this:

Ilya and Brodie from Grange Primary School in Australia said:
We found out that we could flip the numbers and it didn't make any difference.
So

is also a solution.

).
That left us with two 4s so we placed them next to the 2 as we knew they were divisible by 2 and themselves.

Meghna from The British School of Kathmandu, Maanya and Eliza from Stephen Perse Foundation Senior School in the UK and Spectrum Class at Blackman Elementary School in the USA all started at one end, beginning with either the fours or the fives. Spectrum Class described what they did:
First, we figured out that the red cards need to go on the outside edges since there are 5 red cards and only 4 blue cards.
Next, we made a list of the multiples of each number from 1-6.
It was evident that the red 5 would need to be on the end since the only factor that could be next to it was the number 1.
Since 1 is a factor of 5 and 3, the red 1 could go between those numbers.
We were able to put red 3 between blue 3 and blue 6 and red 2 between blue 6 and blue 4.
Red 4 went at the other end (


Adithya from Hymers College, Pari from Leicester Grammar School, Nafisah and Julia from Stephen Perse Foundation School, Fred from The Latymer School, and Callum from Tudor Grange Academy Worcester, all in the UK, started by placing the fours and the fives at opposite ends. Julia said:
I realised that 5 and 5 and 4 and 4 were only factors of one number, each other. This meant that they either had to be at the start of the sequence or at the end of the sequence.
From there, Fred said:
The red card adjacent to the blue 5 must be a factor of 5, and only 1 of the remaining red cards is a factor of 5 - 1. The card adjacent to the blue 4 must therefore be a 2, as it is the only remaining factor of 4. Hence, the red card in the centre must be a 3, so we have: