A square with perimeter 20 cm has a semicircle drawn onto each of its sides, as shown below.

What is the perimeter of the new shape? Give your answer in terms of $\pi$. 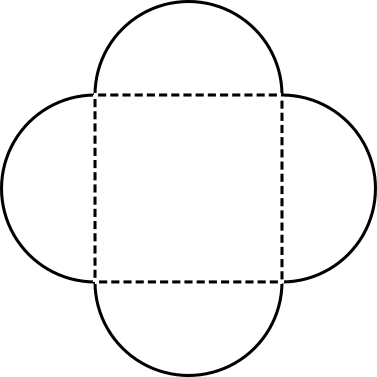