Can you explain why a sequence of operations always gives you perfect squares?

Most of you started by calculating some numerical results. Luke and Emily from Woolston Community Primary School and Kieron from Bayside Comprehensive School, Gibraltar started in this way:

1. If we add two consecutive square numbers and then subtract $1$ we get the first five terms are:

2. If we square any odd number, then subtract $1$, the first five terms are:

3. If we multiply two consecutive odd numbers and then add $1$, the first five terms are:

4. If we multiply two consecutive even numbers and then add $1$,  the first five terms are:

Ankit from Tanglin Trust School, Singapore, and Leo from University of Chicago Lab Schools, USA, then realised that some results are always odd while other are always even:

1.  We noticed that the result is always even. This is always true, since, for any two consecutive numbers, one would be even and the other one odd. Since the square of an even number is even and the square of an odd number is odd, one of the squares of the two consecutive numbers will be even, and the other will be odd. Hence their sum will be odd. So, if we subtract one, the result will be even.

Therefore, subtracting $1$ from the sum of two consecutive square numbers will always give an even answer.

2. We notice that the results are even as well. If we square an odd number, the result will be odd. After subtracting $1$ it will be even.

Hence, subtracting $1$ from the square of an odd number will always give an even answer.

3. We observe that the results are all even. If we multiply two consecutive odd numbers, the result will be odd. If we then add $1$ the result becomes even.

Hence, the product of any two consecutive odd numbers plus $1$ is always even.

4. We observe that the results are all odd. This always happens since, if we multiply two consecutive even numbers the result will be even. After adding $1$ the result becomes odd.

Hence, the product of two consecutive even numbers plus $1$ will always give an odd number.


Irene, from the King's College of Alicante, Spain, was able to express some general findings:

Therefore, the number is always a multiple of $4$ and a square of an even number.

Hence the result is always the square of an odd number.


Tim, from Gosforth Academy, UK, realised that the second, third and fourth parts are all based on the same result:


Abigail from England, Timothy from King's School Macclesfield, England, and Dani from British School of Alicante, Spain, noticed something interesting about the differences of two consecutive terms in each sequence:

1. For the first sequence, if we compute the difference of the neighbouring terms, we will get consecutive multiples of $4$:

2. For the second one, if we again compute the difference of the neighbouring terms, we get consecutive multiples of $8$:

3. For the third part, we take again the difference of neighbouring terms, and do the same thing with the resulting sequence. We then notice that we only get $8$:

4. Doing the same procedure as for the third part, we notice that we once again get only $8$ for the last sequence of differences:

Varun and Sean from Tanglin Trust School, Singapore, noticed a link between the first two results and triangular nubmers:


There is also a geometric interpretation for this problem: 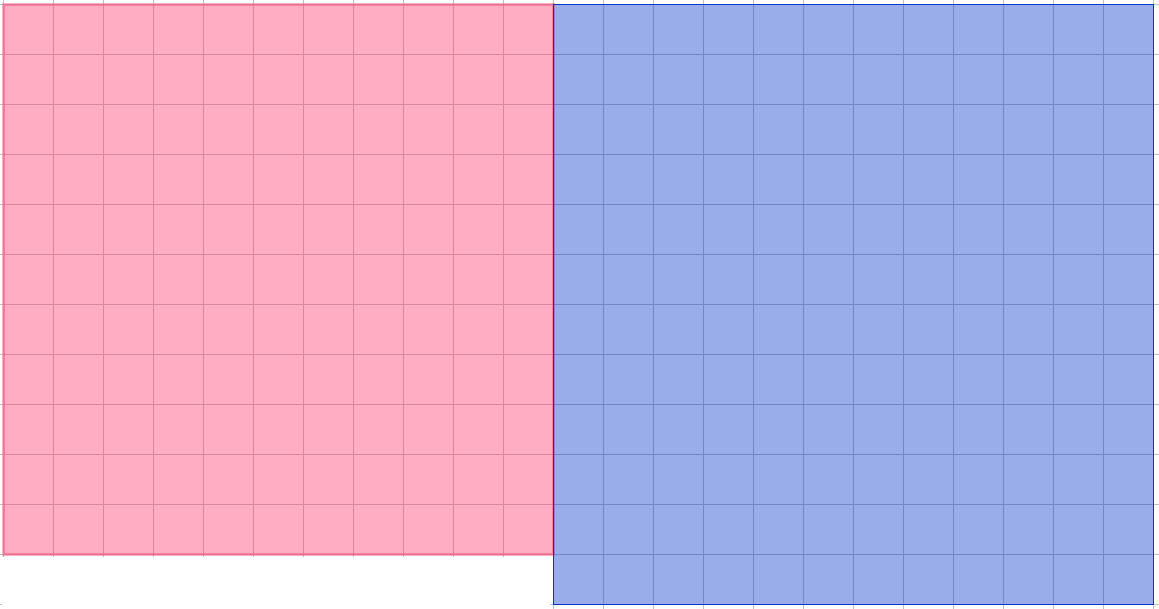 We now take out one square: 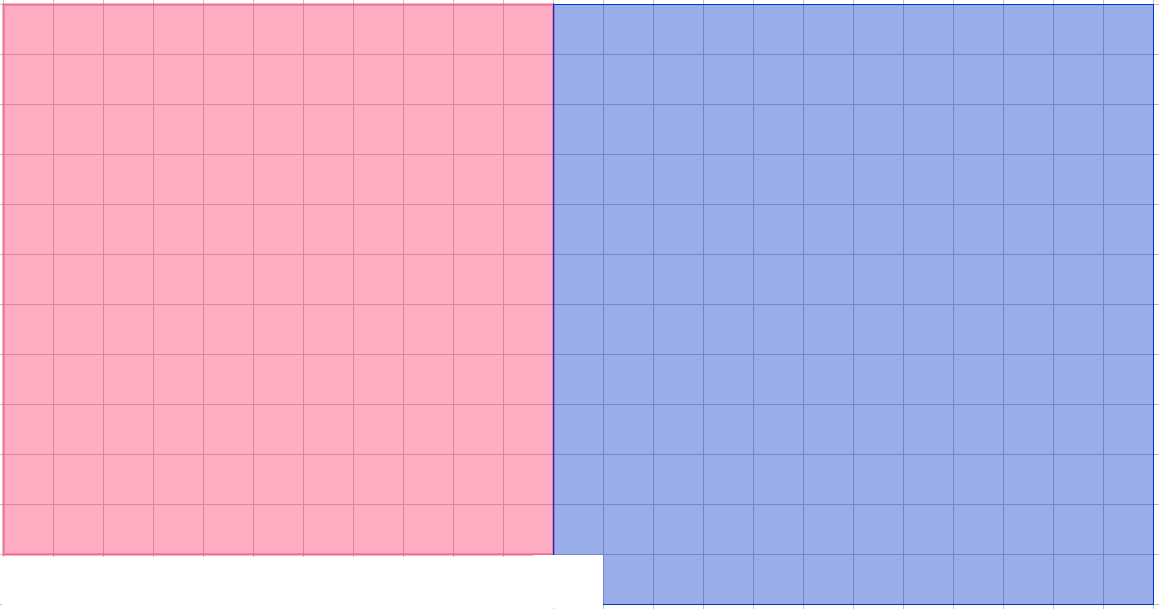 We now have two identical rectangles, as in the figure below: 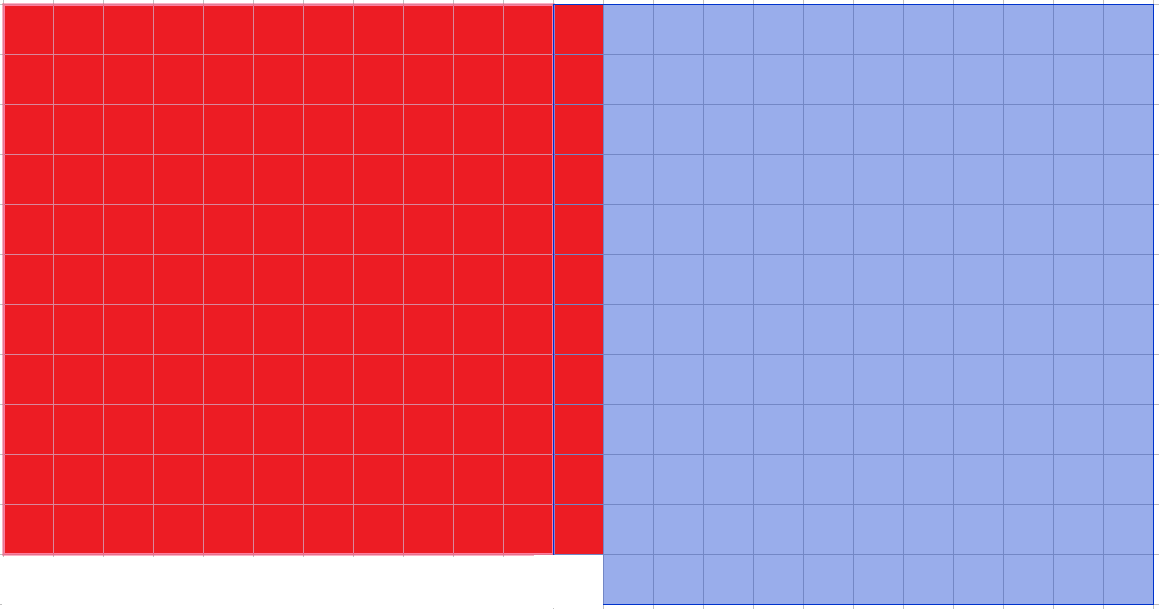 2. Now consider squaring any odd number $2n+1$ and then subtract one. Since the number is odd, we will have a middle square. We will subtract that one. 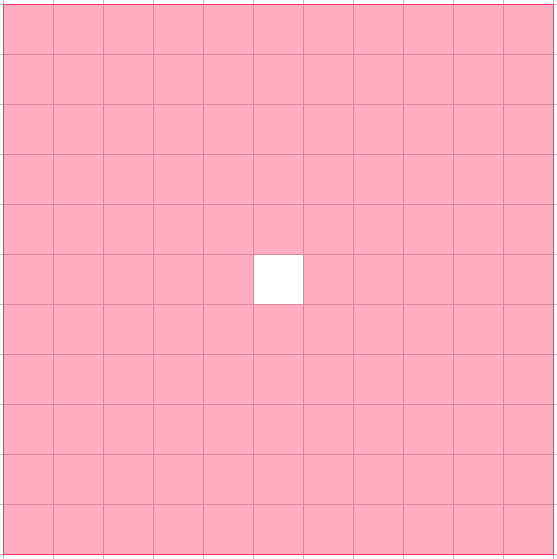 Now we recolour the squares so that we get four identical rectangles as below: 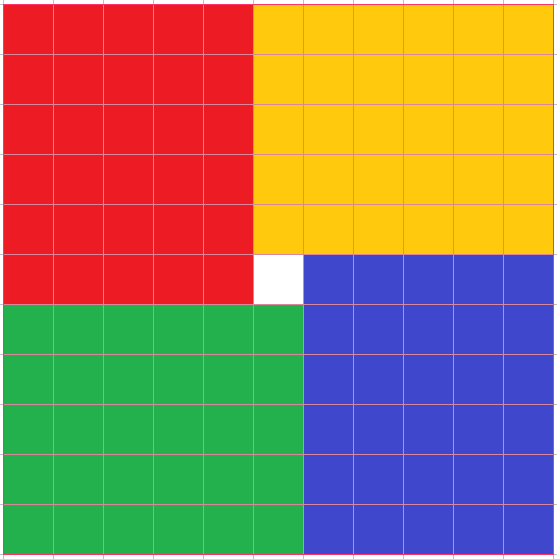 The four rectangles have sides of consecutive lengths, so their area is even. Since there are four of them, the area of the figure is divisible by 8.

You could also see this as two copies of the shape given in part 1 rotated and put together. 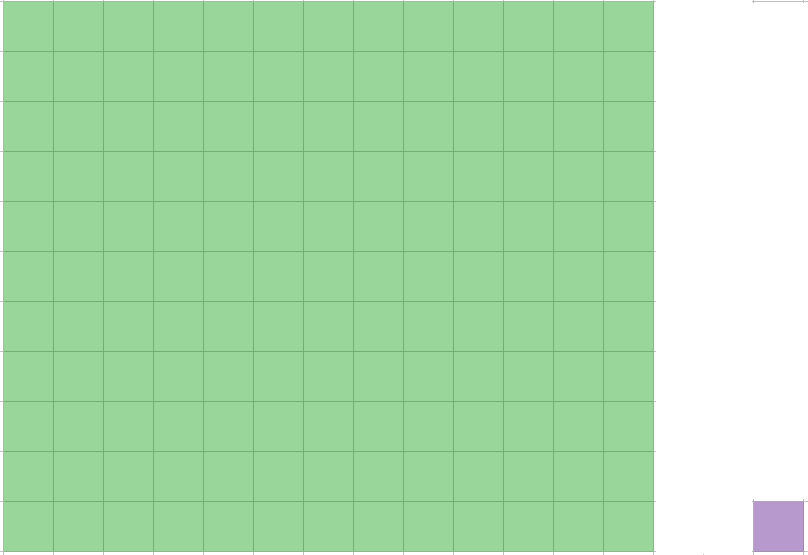 Now we move the red line of squares from below and the unit square so that we get a larger square:

Therefore, we have constructed an even square from the given rectangle and the unit square.

For the first two parts, we could use triangular numbers to visualise the pattern:
1. We can recolour the first shape as below: 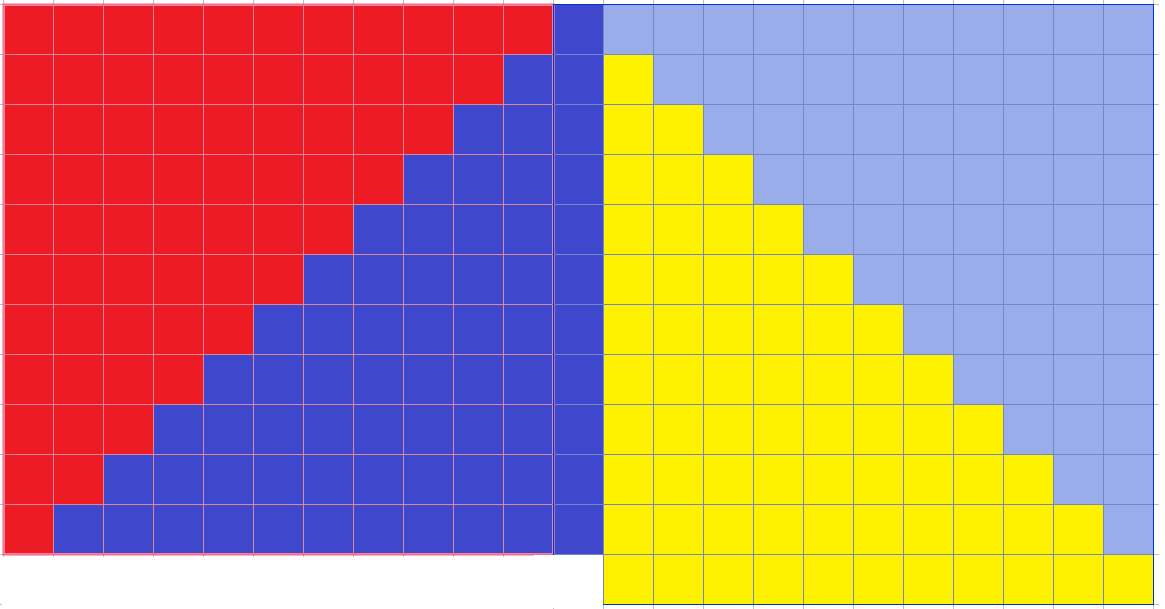 Then we have four equal triangular numbers, which implies the area of the shqpe is a multiple of four.

2. For the second one, we recolour it like this: 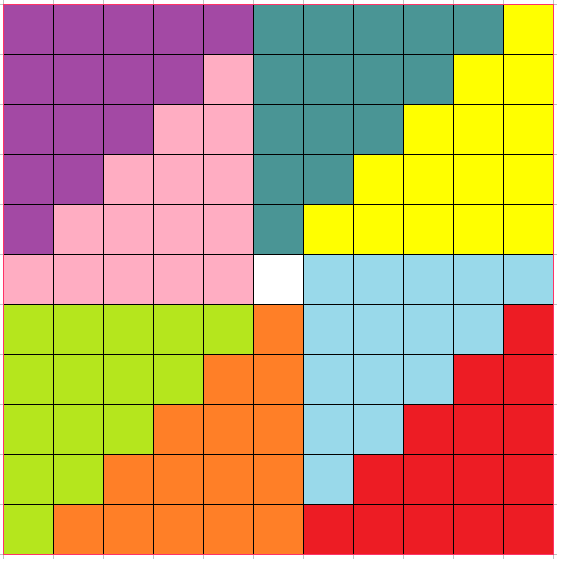 We have now $8$ identical triangular numbers, so the area of the shape is a multiple of $8$.


Timothy, from the King's School, Macclesfield, created some Square Number surprises of his own:


Irene, from King's College of Alicante, Spain, also created a Square Number surprise of her own:

Take any set of 5 consecutive numbers. Then if you add 4 to the product of the two extreme numbers in the set you get the square of the number in the middle.


Usman, from Twyford Cofe High School, UK, thought at something else:

When you multiply two consecutive odd numbers and then subtract one, the result is two less than the square of the even number between.

Well done to everyone who sent in a solution!
The NRICH Project aims to enrich the mathematical experiences of all learners. To support this aim, members of the NRICH team work in a wide range of capacities, including providing professional development for teachers wishing to embed rich mathematical tasks into everyday classroom practice.