Reasoning about the number of matches needed to build squares that share their sides.

How many different cuboids can you make when you use four CDs or DVDs? How about using five, then six? 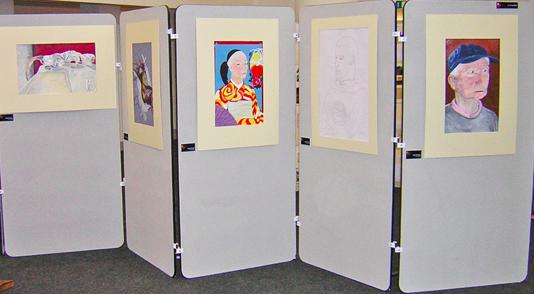 The challenge: arranging the display boards in the hall

A Year 5 class wants to display the results of their problem solving in the school hall.
They need 32 display boards - one each - and they are wondering how to arrange them.

Rules for setting up the boards:
See if you can work out how to arrange the boards to satisfy each of the following people.
This means you will need to find three different arrangements.

A/ The kitchen staff would like to use the hall for school dinners. They would like the display to be as long and narrow as possible, and at one end of the hall.

B/ Teachers would like to use the hall for PE. They would like the display to fit in a corner, and be as long and narrow as possible so that it leaves as much space as possible for PE.
Are the teachers right that the corner design takes up less space than the one at the end of the hall? Give reasons for your answer.

C/ The Year 5 teacher thinks that the best viewing shape is the one that has as many long straight lines of four display boards in it as possible and doesn't mind where it is in the room.
Further challenge
The Head would like the display to be very visible from whatever door people enter the hall. S/he would like the display to be as square as possible and in the middle of the hall.

b. Design a display for the headteacher that is as square as possible and has four lines of symmetry.

c. Design a display for headteacher that is as square as possible, has four lines of symmetry and has an internal area of 40 square tiles.

See if you can find three different answers for a, b and c.
Can you find any other arrangements that fit either b or c?

This problem featured in a preliminary round of the Young Mathematicians' Award 2014.
The NRICH Project aims to enrich the mathematical experiences of all learners. To support this aim, members of the NRICH team work in a wide range of capacities, including providing professional development for teachers wishing to embed rich mathematical tasks into everyday classroom practice.