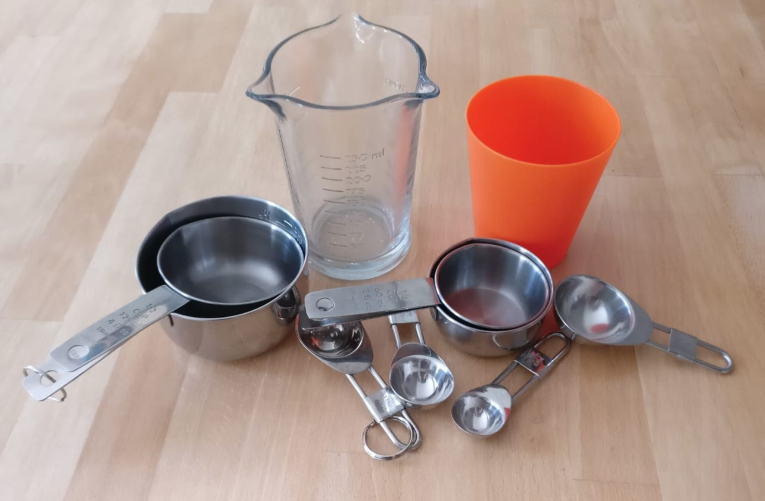 Adults could build on this by providing devices, such as sand timers or digital timers, that children could use to time themselves as they fill up the container.

The Activity
Place a variety of timing devices (such as different sand timers and digital timers) near to a collection of small easy-to-hold items such as marbles, shells, buttons etc. and some containers. Ask children how many marbles/shells/buttons they think they might be able to put in one of the containers before the sand runs out.

Number:
• counting and cardinality - progressing from knowing some number words to saying one number for each object, then knowing the number of the whole group
• relative number size - comparing numbers

Capacity:
• understanding the idea that a large object takes up more space in a container than a small object 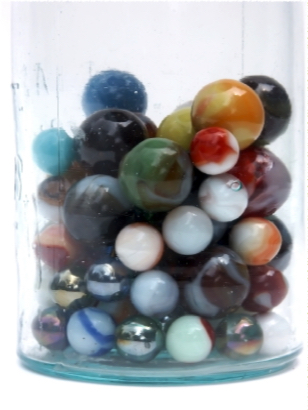 Ask the children how many marbles they could take out of the jar before the sand runs out. Following on from that, how long would it take to remove all the marbles?

Alternatively, rather than asking children how many marbles they can put in a pot in a given time, you could turn the task the other way round and ask them how long it might take to put, for example, 20 marbles in the pot.
This is more of a challenge as it requires them to find ways of timing themselves, which is where a digital timer might come in useful. This can lead onto children trying to get quicker and quicker at putting a certain number of marbles into a pot. How will they know that they are getting quicker?

You could build on this idea further by making the most of opportunities to measure lengths of time which may come up in your everyday routine. For example, can the children tidy away in less time than they did yesterday?
Resources
Collections of small objects, such as marbles, shells, buttons, counters, corks etc. and a range of different containers, for example, baskets, trays, pots etc.
Different ways of measuring time, for example, sand timers, and easy-to-use stopwatches.
Paper, clipboards and pencils for children to record should they wish.
Download a pdf of this resource