The Dog Ate My Homework!

A practical experiment which uses tree diagrams to help students understand the nature of questions in conditional probability.

Which Team Will Win?

This problem is part of the Great Expectations: Probability through Problems collection. It is designed for classroom use; see the Teachers' Resources for a suggested classroom approach. 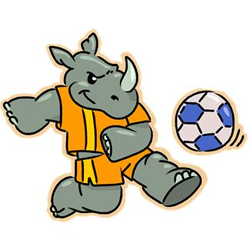 Every weekend, Team Beaver and Team Yeti play each other at 2-Goal Football - they play until two goals have been scored.  Sometimes games last only a minute or two, sometimes they seem to go on for ever.

Over a 36-week season, which team is likely to win more games?

You can investigate this question through a practical experiment.

You can model this with a die with four yellow faces (Team Yeti) and two blue faces (Team Beaver).
If this is not available, use an ordinary die and let 1, 2, 3 and 4 correspond to a yellow face, and 5 and 6 to a blue face.

First investigate what happens for one game: Who won? Or was it a draw? Compare your result with other people's - any surprises?

Now repeat the experiment 36 times in total, to get the results for a full season.

Are you surprised by your results? How do they compare with what you would expect?

Which team scores most often? Does this mean they will always win?

How often would you expect each team to score?

Did the Yetis win the proportion of games you would expect? How about the Beavers? Can you explain what happened?

You can explore the scenario in this problem using this interactive environment.