This game is about counting up to 100. 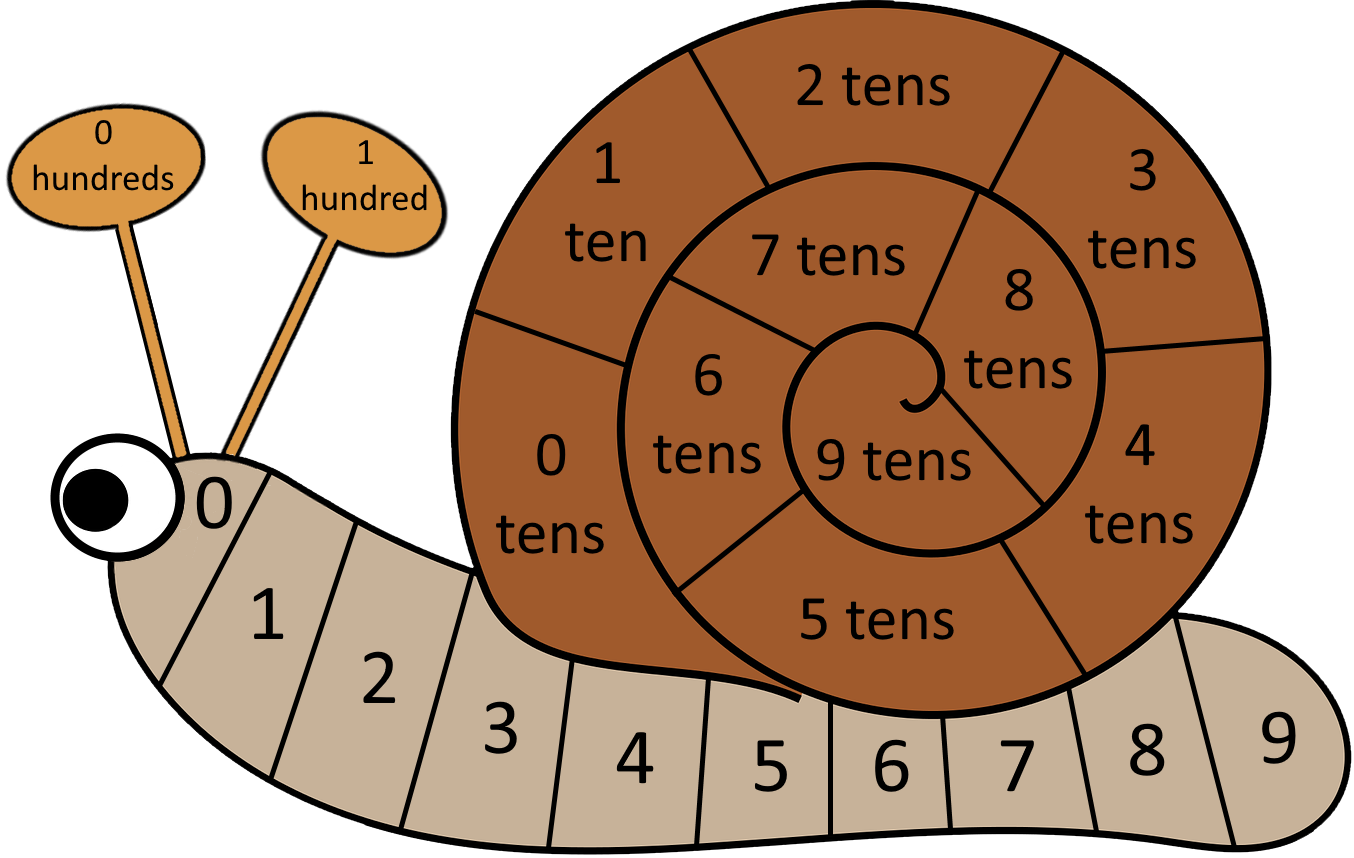 You will need the game board, an ordinary dice and three matching counters for each player.

The first player throws the dice and moves their counter that number of places along the snail's body. Take turns at throwing the dice.

Keep moving the first counter along the snail's body and moving the second counter to the next 'ten' every time you get to the end and go from 9 to 0.

When your counter is on '9 tens' and needs to move, it can't move any further around the spiral. Instead, it goes back to '0 tens' and your third counter moves from '0 hundreds' to '1 hundred'. The first person to move their counter onto the '1 hundred' space is the winner!

This game will help children understand the tens and ones structure of the numbers to a hundred. It can be used as an activity for one child on their own or as a game between two or more children, or one child with an adult.

Start by introducing the game to just a few pairs or groups of children at a time. Sit with the children and play with them until they understand what to do, in particular when they reach '9'. Ask children what they notice about the pattern of the numbers, and reinforce the structure of the number system by discussing who is in the lead (with comments such as "You're on 4 tens and 3 ones, but I'm only on 2 tens and 8 ones!" or "Your total is 43 but mine is only 28, so you're closer to the middle of the spiral.")

Once a pair understands the game you could give them the task of teaching others by playing with them.

A copy of the game, counters and dice could be made available for children to choose as an activity during appropriate times of the school day.

What do you do with the second counter when you reach '9'?

What do you do with the first counter when you reach '9'?

How many more tens are there until you get to '9 tens'? What happens then?

Learners could roll two dice and add the results. Some children might benefit from going past one hundred and could play to reach 199 instead, perhaps using a 0-9 dice instead to avoid the game taking too long!

Some children will benefit from playing this game with an adult before playing against other children. Children who are less confident with the concept of moving the ones counter back to '0' and moving the tens counter up one might prefer to play this game as a pair against another pair, so that they can discuss with their partner how to move the counters.