Question:   Can you explain the logic behind these terms? Think what would happen if either the giraffe or hyena population died out.

What are the equilibrium points?

Look at the phase diagram below. What is happening to the populations of both animals? What do you think the red point means? 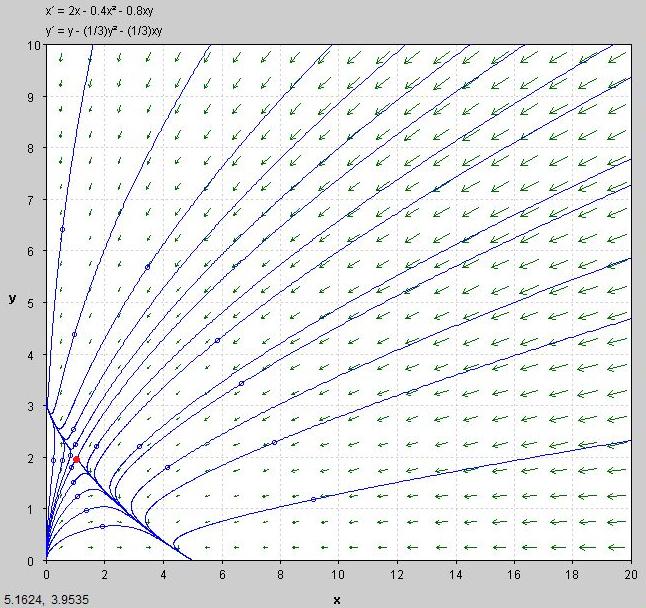 Question:    If you were to create your own model, what other parameters would you consider when creating differential equations to describe the population sizes? Perhaps think about other predators and seasonal variation of the carrying capacity.