This is one of a series of problems designed to develop students' team working skills. Other tasks in the series can be found by going to this article. 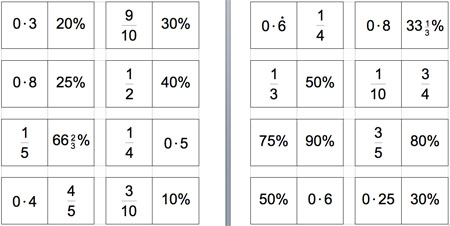 Every member of the team must end up with a set of four dominoes which join together to form a "doughnut" where touching ends have equal value. For example: 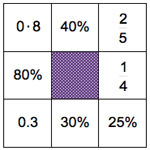 The task is only successfully completed when everyone on the team has completed their domino doughnut.

You will need to work in a team of four. If you have a fifth person available - use them as an observer (see guidance below).

In silence, distribute the 16 domino cards randomly amongst the team (four cards each).

Players pass dominoes to other team members in order to help one another complete their doughnut.


Use an observer to check that the team obeys the rules and to keep a record of when members of the team help someone else (rather than, for example, when they just pass a piece on without looking at what the other person or team actually needs).

Observers can place one of the hint cards in the middle, if after a period of five minutes the team is not making any progress.