We had some lovely ideas sent in. It would have been good to be there when they were created and to know how you got your solutions. Here are just a few. I was interested in both Alexander's and George's good descriptions in words to say what they created.

Ewan, Fraser, Jenny Lee and Ayan had a good idea of only counting the faces you could see, so they sent in this picture; 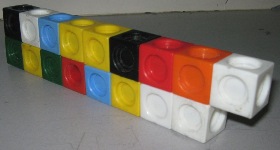 Kristy and Amy used the computer and sent in; 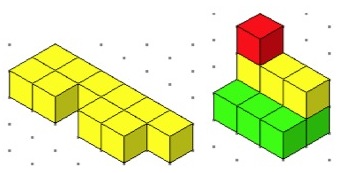 Zain sent in two ideas, one of which is; 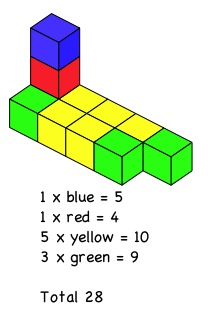 Finally Lily and Alex sent in:

Well done everyone! I'm sure that many more of you who did not send in solutions came up with some interesting ideas and if your class/group did not have a go try it now!