In the GeoGebra interactivity below there is a circle with 9 equally spaced points on the edge, and one in the centre.

Draw as many different triangles as you can, by joining the centre dot and any two of the dots on the edge.

Can you work out the angles in your triangles? 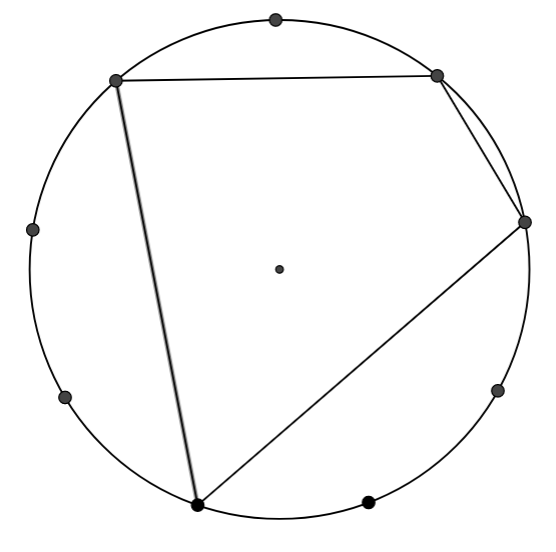 Now draw a few quadrilaterals whose interior contains the centre of the circle, by joining four dots on the edge.

Can you work out the angles of your quadrilaterals?

If you're finding it hard to work out the angles, take a look at Getting Started.

Create at least five different quadrilaterals in this way and work out their angles.

What do you notice about the angles on opposite vertices of your quadrilaterals?

Perhaps you are wondering whether this only happens with 9-dot circles...

You may wish to explore the opposite angles of quadrilaterals on circles with a different number of dots. 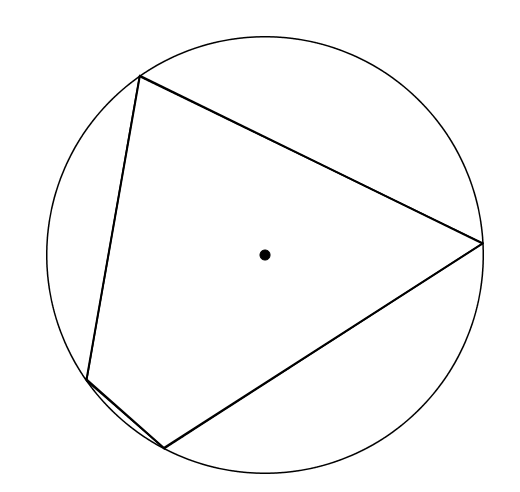 Charlie drew a circle and chose four points at random to form a quadrilateral.


Can you prove that the opposite angles of his quadrilateral also add to $180^\circ$? 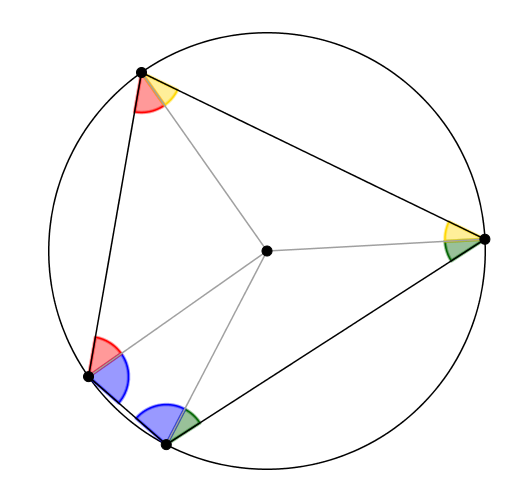 So far you have only considered what happens to the opposite angles of cyclic quadrilaterals which contain the centre of the circle inside them... 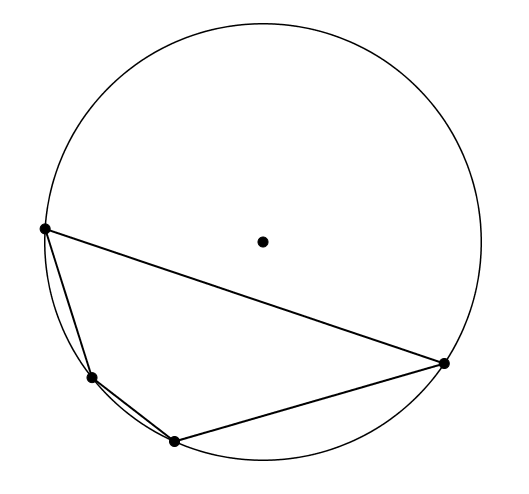 Can you prove that when the centre of the circle is outside the cyclic quadrilateral, the opposite angles also add to $180^\circ$?

Click below to see a diagram that might help you to prove that the opposite angles of cyclic quadrilaterals add to $180^\circ$. 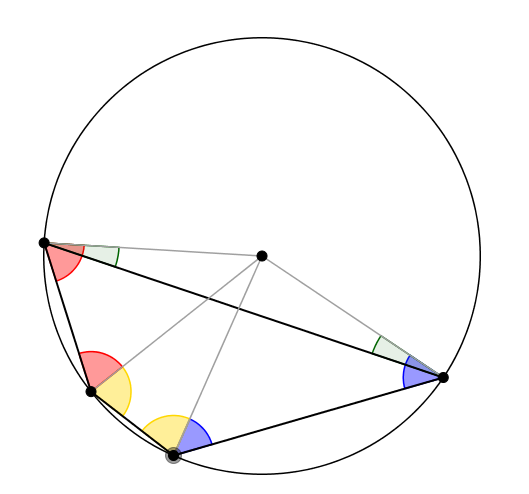 You may be interested in the other problems in our Sharpen your Skills Feature.
The NRICH Project aims to enrich the mathematical experiences of all learners. To support this aim, members of the NRICH team work in a wide range of capacities, including providing professional development for teachers wishing to embed rich mathematical tasks into everyday classroom practice.