In the third row, 30 and 18 appear on adjacent border lines. Which set of three numbers could be placed in the first three cells of that row?

In the fifth row, 8 and 18 appear on adjacent border lines. Which set of three numbers could be placed in the last three cells of that row?

Alison and Charlie kept a record of the order in which they filled the Sudoku. 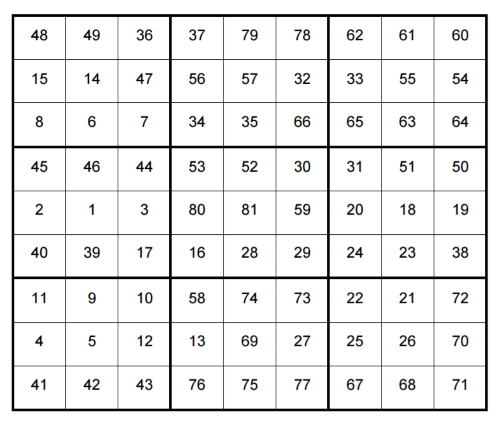 You might like to retrace their route to fill in the cells in the same order, though this is just one possible route through the problem.

You can print their journey here.