Can you solve the system of equations to find the values of x, y and z?

Grace from Stowe School, Jettarin from Stephen Perse Foundation School in the UK, Yuk-Chiu from Harrow School in the UK, Ci Hui Minh Ngoc Ong from Kelvin Grove State College (Brisbane) in Australia, John from Calthorpe Fleet in the UK and Kesav solved the first set of simultaneous equations. Kesav explained how the method works:

This is Ci Hui Minh Ngoc's work, which shows all of the algebra: 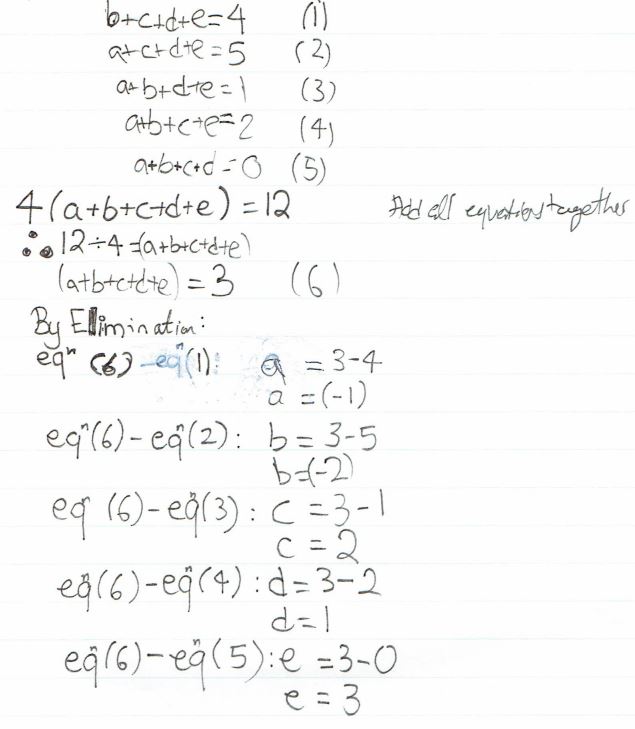 Kesav, Grace, Jettarin, Yuk-Chiu and John solved the set of three simultaneous equations by multiplying them all. This is John's work: 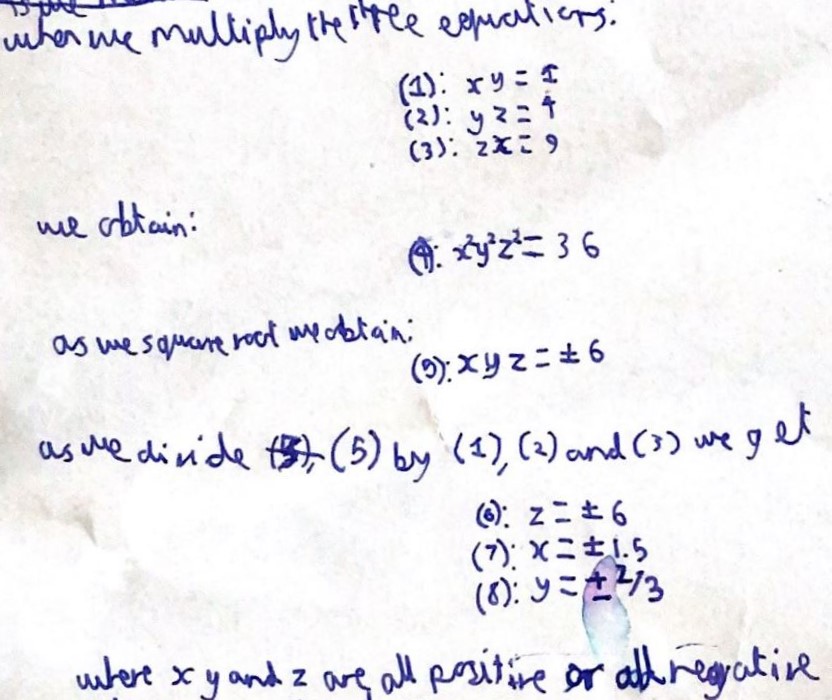 Kesav, Grace, Jettarin, Yuk-Chiu and John solved the set of five simultaneous equations by multiplying them all. This is Jettarin's work (click on the image to see a larger version): 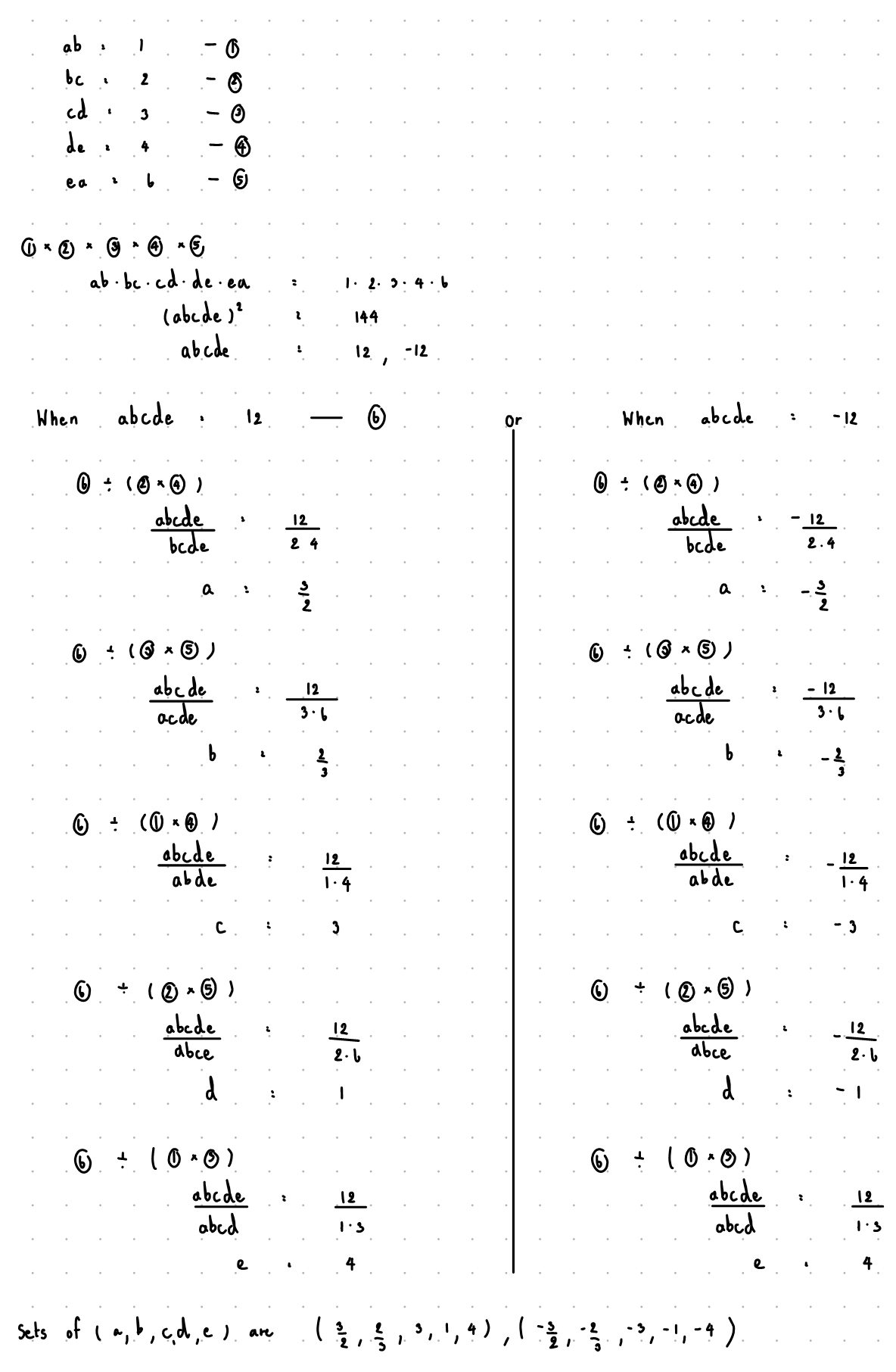 Grace came up with a set of symmetrical equations, and then showed how to solve them: 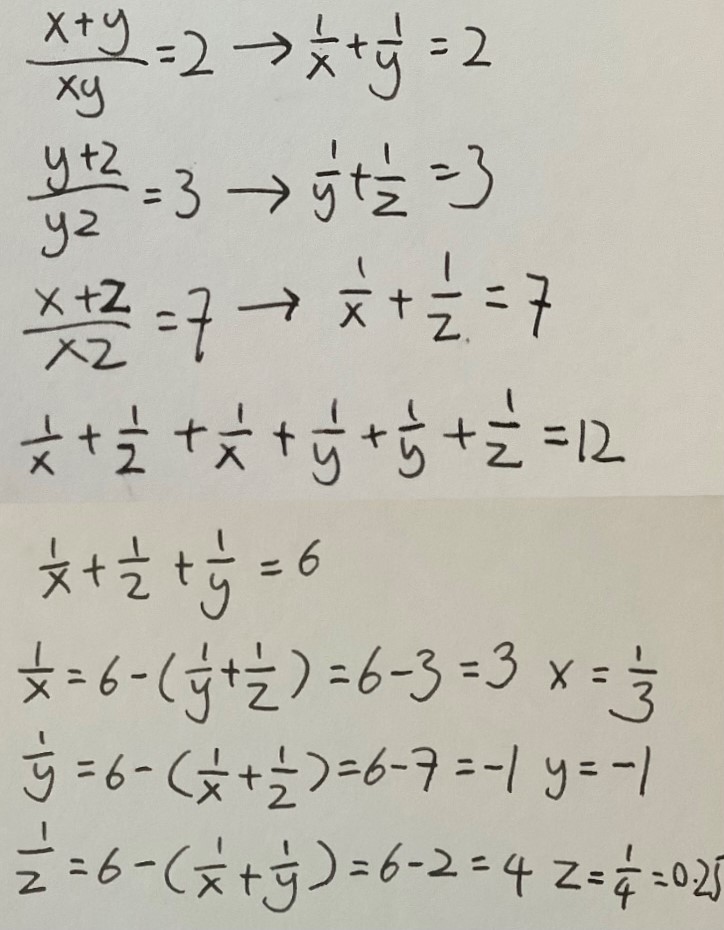