The points P, Q, R and S are the midpoints of the edges of a non-convex quadrilateral.What do you notice about the quadrilateral PQRS and its area?

Take a piece of paper. 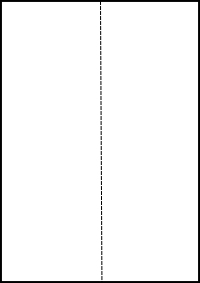 Fold it along the long axis and then open it up. 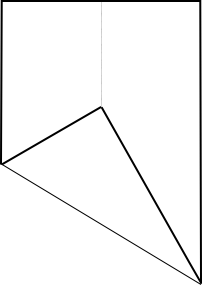 Now fold one corner over and onto the centre crease so that the fold line passes through the corner next to it (on the short side of the paper).


Does the paper have to be A4?

You are now able to fold the paper to make an equilateral triangle which can be used in lots of different ways. For example, see Equilateral Triangle Folding .