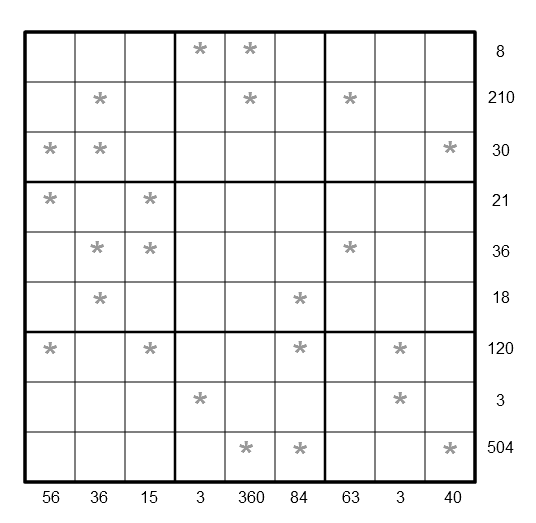 Like the standard sudoku, this sudoku variant has the basic rule:
The puzzle can be solved by finding the values of the unknown digits (all indicated by asterisks) in the squares of the $9\times 9$ grid. At the bottom and right side of the $9\times 9$ grid are numbers, each of which is the Least Common Multiple (LCM) of a column or row of unknown digits marked by asterisks.


Altogether $18$ Least Common Multiples of $9$ columns and $9$ rows of unknown digits are given as clues for solving the puzzle.


After finding the values of all the unknown digits, the puzzle is solved by the usual sudoku technique and strategy.