In this article we explore the concept of making and testing a hypothesis. There is no particular explicit mathematical content, as the ideas can be explored at any level of mathematical sophistication. Links to possible mathematical activities are provided at the end of the article.

Human beings are naturally curious. This curiosity makes young children want to interact with the wo

The experimentation of children continually moves on to the exploration of new ideas and the refinement of their world view of previously understood situations. This description of the playtime patterns of young children very nicely models the concept of 'making and testing hypotheses'. It follows this pattern:

Sometimes, following observation, a hypothesis will clearly need to be refined or rejected. This happens if a single contradictory observation occurs. For example, suppose that a child is trying to understand the concept of a dog. He reads about several dogs in children's books and sees that they are always friendly and fun. He makes the natural hypothesis in his mind that dogs are friendly and fun . He then meets his first real dog: his neighbour's puppy who is great fun to play with. This reinforces his hypothesis. His cousin's dog is also very friendly and great fun. He meets some of his friends' dogs on various walks to playgroup. They are also friendly and fun. He is now confident that his hypothesis is sound. Suddenly, one day, he sees a dog, tries to stroke it and is bitten. This experience contradicts his hypothesis. He will need to amend the hypothesis. We see that 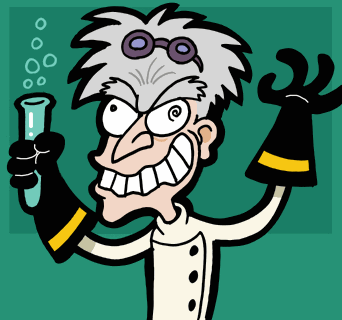 Of course, curiosity does not necessarily stop at early childhood. Scientists are adults who are professionally curious. Scientists make observations of some phenomena and then try to explain them with a convincing hypothesis. Once a hypothesis is suggested the scientist will create carefully designed experiments to test their hypothesis. The results of the experiments will either strengthen the hypothesis or require it to be rejected or amended. There is an interesting difference between these two cases:

In short, it is possible to show that a hypothesis is false, but impossible to prove that it is true!

Whilst we can never prove a scientific hypothesis to be true, there will be a certain stage at which we decide that there is sufficient supporting experimental data for us to accept the hypothesis. The point at which we make the choice to accept a hypothesis depends on many factors. In practice, the key issues are

For example, suppose that a drug company is testing a new cancer drug. They hypothesise that the drug is safe with no side effects. If they are mistaken in this belief and release the drug then the results could have a disastrous effect on public health. However, running extended clinical trials might be very costly and time consuming. Furthermore, a delay in accepting the hypothesis and releasing the drug might also have a negative effect on the health of many people.

In short, whilst we can never achieve absolute certainty with the testing of hypotheses, in order to make progress in science or industry decisions need to be made. There is a fine balance to be made between action and inaction.

So where does mathematics enter into this picture? In many ways, both obvious and subtle:

Very often, the situation under analysis will appear to be complicated and unclear. Part of the mathematics of the task will be to impose a clear structure on the problem. The clarity of thought required will actively be developed through more abstract mathematical study. Those without sufficient general mathematical skill will be unable to perform an appropriate logical analysis.

There is often confusion between the ideas surrounding proof, which is mathematics, and making and testing an experimental hypothesis, which is science. The difference is rather simple:

Of course, to be good at science, you need to be good at deductive reasoning, although experts at deductive reasoning need not be mathematicians. Detectives, such as Sherlock Holmes and Hercule Poirot, are such experts: they collect evidence from a crime scene and then draw logical conclusions from the evidence to support the hypothesis that, for example, Person M. committed the crime. They use this evidence to create sufficiently compelling deductions to support their hypotheses beyond reasonable doubt . The key word here is 'reasonable'. There is always the possibility of creating an exceedingly outlandish scenario to explain away any hypothesis of a detective or prosecution lawyer, but judges and juries in courts eventually make the decision that the probability of such eventualities are 'small' and the chance of the hypothesis being correct 'high'.

Essentially, a hypothesis is accepted when the chance of it being correct is 'high' and the chance of it being incorrect is 'low'. Whilst in our interactions with the physical world we use our intuition to create hypotheses, for certain numerical situations we can quantify the words 'high' and 'low' and then determine which category the data fall into. Rather than being vague, the mathematical theory of probability and

statistics allows us to be very precise in these assessments. Once we have precisely described our situation, hypotheses are no longer simply accepted as true or rejected as false but are accepted or rejected with some degree of certainty . A precise understanding of such ideas requires a good grasp of risk, probability, randomness, statistics and distributions. Statistics shows that there are certain patterns in randomness and that underlying the concept of randomness are a number of key ideas or objects, such as the normal distribution . Once we have grasped such issues, we can begin to make exact mathematical statements similar to these

It is at this point that making and testing hypotheses becomes a true branch of mathematics. This mathematics is difficult, but fascinating and highly relevant in the information-rich world of today.

To read more about the technical side of hypothesis testing, take a look at What is a Hypothesis Test?