Did you know that the world is locked in a perpetual struggle between order and chaos. Don't worry, nature is designed in this way. To explore these ideas, read on.. ..


Take a look around the room in which you sit. Does the room look the same as yesterday, or are there differences? Perhaps it is towards the end of the day and things have become untidy; perhaps it is the start of the day and things are neatly in their place. Take a look out of the window. Is the weather the same as yesterday, or is it different? Which is more likely to have changed? The weather, or the room? Whilst it is tempting to say that the weather is more changable than the room, both will have changed to some degree, but both will also be similar to some degree. Do you think that it makes sense to say that one has changed more than the other?

In fact, the entire physical world is continually subject to change at either the microscopic (small) or macroscopic (large) level. Consider something which does not appear to be changing, such as your desk. Imagine looking closer and closer at the desk through a microscope. As you reach down to the scale of the molecules in the desk you would see that they are continually oscillating and vibrating: the entire structure of the desk is vibrating, yet forces between the molecules keep the desk roughly in the same place, so that, at our human level, the desk appears to be inert. Consider the wind. A leaf or piece of dust on a windy day is blown this way and that, backwards and forwards, up and down. The molecules in the air also vibrate continuously, yet are not bound to each other by atomic forces, they are free to move independently of each other. Yet, despite this inter-atomic freedom, the wind, roughly speaking, will be moving in one overall direction at any given moment in time. In short, the world is in a constant struggle between order and chaos: at any level you will simultaneously see some order and some chaos.

children, atoms are absolutely never still: they always vibrate and move, and the hotter they are, the more vigorously they move and vibrate. Atoms, also like many small children, like to live in groups called molecules: they are attracted together in various complicated ways, studied by chemists, to form molecules. However, atoms, and molecules, also do not like to be too close to each other: when they get very close, atomic forces cause a repulsion, like two North poles of a pair of magnets repel each 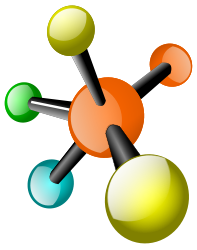 other. All matter is continually in tension between this attraction and repulsion. Whilst it is impossible to keep track of the individual motion of the molecules, on average the molecules in a solid, such as a desk, stay in roughly the same place. From our perspective the desk is unchanged.

In short, at its very foundation, the physical world is full of randomness, but within this randomness emerges some averaged order. Mathematicians studying random processes need to try to find structure within the randomness: whilst individual elements of a problem will vary at random, can we describe with some quantified degree of certainty an overall outcome?

Even the most trivial of random processes become complicated when considered in detail. The simplest example of a random process is the tossing of a coin: flip a coin and it lands heads or tails. Typically, we say that the chance of heads or tails is fifty-fifty; toss a coin one time and one result is just as likely as the other. Is this exactly fifty-fifty? If you look at a coin then it is not the same on each side; one side has the raised image of a head and one has a different raised image. Are both sides exactly the same? I can easily balance a coin on its edge; could the coin not land on its edge every so often when tossed? Does this alter the odds of a head? At what point in time does the result of the coin toss become a certainty? When it has completely come to rest (according to the human eye, at least)? Watched under slow motion, the coin will gradually come to a stop with a few small bounces, maybe whilst spinning. Once these bounces are small enough, we would be able to predict with more certainty the outcome of the toss, yet the coin has not come to rest. In fact, extrapolating backwards, if we took a snapshot of the motion even before the coin has hit the ground for the first time, would we be able to analyse the motion on a computer to be able to work out whether the coin was going to land face up or face down? 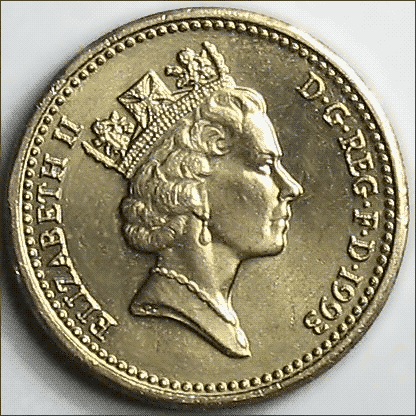 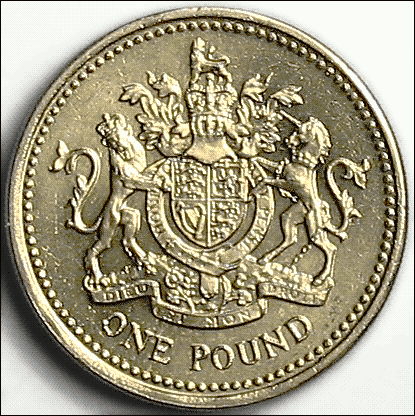 Another, often quoted, example of a random process is that of radioactive decay: a lump of radioactive material, such as uranium, will, over time break up into pieces, emitting radiation. This is more than simply the lump of uranium falling into two pieces: individual atoms split apart, forming new atoms, such as iron. At the sub-atomic level, matter fundamentally evolves according to random laws, called quantum mechanics . Quantum mechanics states that any certain prediction is not just difficult but impossible: atoms are likely to follow certain set-paths, but could, randomly, do literally anything. For example, if all atoms in your desk spontaneously moved left by 2cm, then your entire desk would move left by 2cm. However, the chance of anything so exciting occurring is impossibly small, as atoms are just as likely randomly to move to the left as to the right: overall, the random motions almost exactly cancel out in a solid, leaving an apparently static structure.

In the study of any random process, there is a balance to be made between the major effects of the problem and minor complexities. Once this balance is correctly struck, mathematicians are able meaningfully to model the order which underlies the chaos of the real world. Their predictions are powerful and wide ranging.