The History of Negative Numbers

It was not until the 19th century when British mathematicians like De Morgan, Peacock, and others, began to investigate the 'laws of arithmetic' in terms of logical definitions that the problem of negative numbers was finally sorted out.

However, there were references to negative numbers far earlier...

The concept also appeared in Astronomy where the ideas of 'strong' and 'weak' were used for approximating a number from above or below. For example approaching 5 from above means for example, starting with 5.2 you can find better approximations 5.1, 5.05, 5.025. Thus 5.025 was called a 'strong' approximation and a number like 4.9 'weak'. So 'strong' numbers were called positive and 'weak' numbers negative

In India , negative numbers did not appear until about 620 CE in the work of Brahmagupta (598 - 670) who used the ideas of 'fortunes' and 'debts' for positive and negative. By this time a system based on place-value was established in India, with zero being used in the Indian number sytem. Brahmagupta used a special sign for negatives and stated the rules for dealing with positive and negative quantities as follows:


The conflict between geometry and algebra

The ancient Greeks did not really address the problem of negative numbers, because their mathematics was founded on geometrical ideas. Lengths, areas, and volumes resulting from geometrical constructions necessarily all had to be positive. Their proofs consisted of logical arguments based on the idea of magnitude. Magnitudes were represented by a line or an area, and not by a number (like 4.3 metres or 26.5 cubic centimetres). In this way they could deal with 'awkward' numbers like square roots by representing them as a line. For example, you can draw the diagonal of a square without having to measure it (see note 2 below).


About 300 CE, the Alexandrian mathematician Diophantus (200 - c.284 CE) wrote his Arithmetica , a collection of problems where he developed a series of symbols to represent the 'unknown' in a problem, and powers of numbers. He dealt with what we now call linear and quadratic equations. In one problem Diophantus wrote the equivalent of 4 = 4x + 20 which would give a negative result, and he called this result 'absurd'.

In the 9th century in Baghdad Al - Khwarizmi (c.780 - c.850 CE) presented six standard forms for linear or quadratic equations and produced solutions using algebraic methods and geometrical diagrams. In his algebraic methodshe acknowledged that he derived ideas from the work of Brahmagupta and therefore was happy with the notion of negative numbers. However, his geometrical models (based on the work of Greek mathematicians) persuaded him that negative results were meaningless (how can you have a negative square?). In a separate treatise on the laws of inheritance, Al-Khwarizmi represents negative quantities as debts.

In the 10th century Abul -Wafa (940-998 CE) used negative numbers to represent a debt in his work on 'what is necessary from the science of arithmetic for scribes and businessmen'?. This seems to be the only place where negative numbers have been found in medieval Arabic mathematics. Abul-Wafa gives a general rule and gives a special case where subtraction of 5 from 3 gives a "debt" of 2. He then multiples this by 10 to obtain a "debt" of 20, which when added to a 'fortune' of 35 gives 15.

Negative numbers did not begin to appear in Europe until the 15th century when scholars began to study and translate the ancient texts that had been recovered from Islamic and Byzantine sources. This began a process of building on ideas that had gone before, and the major spur to the development in mathematics was the problem of solving quadratic and cubic equations.


As we have seen, practical applications of mathematics often motivate new ideas and the negative number concept was kept alive as a useful device by the Franciscan friar Luca Pacioli (1445 - 1517) in his Summa published in 1494, where he is credited with inventing double entry book-keeping.

The story of the solution of equations begins in Italy in the 16th century (see note 3 below). This story is full of intrigue and deception because methods of solution were kept secret. The issue which caused most consternation at the time was the meaning of $\sqrt{-1}$. In fact, Cardano (1501 - 1576) in his Ars Magna of 1545 had to solve a problem where $\sqrt{-15}$ appeared.

Cardano found a sensible answer (see note 4 below) by working through the algorithm, but he called these numbers 'ficticious' because not only did they disappear during the calculation, but they did not seem to have any real meaning. However, by 1572, the Italian engineer, Bombelli (1526 - 1572) had provided the correct rules for working with these 'imaginary' numbers(see note 5 below).


In the 17th and 18th century, while they might not have been comfortable with their 'meaning' many mathematicians were routinely working with negative and imaginary numbers in the theory of equations and in the development of the calculus.

The English mathematician, John Wallis (1616 - 1703) is credited with giving some meaning to negative numbers by inventing the number line, and in the early 18th century a controversy ensued between Leibniz, Johan Bernoulli, Euler and d'Alembert about whether $\log (-x)$ was the same as Log(x). 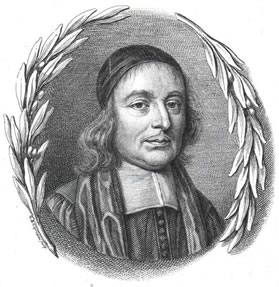 By the beginning of the 19th century Caspar Wessel (1745 - 1818) and Jean Argand (1768 - 1822) had produced different mathematical representations of 'imaginary'numbers, and around the same time Augustus De Morgan (1806 - 1871), George Peacock (1791 - 1858) William Hamilton (1805 - 1865) and others began to work on the 'logic'of arithmetic and algebra and a clearer definition of negative numbers, imaginary quantities, and the nature of the operations on them began to emerge.


Negative numbers and imaginaries are now built into the mathematical models of the physical world of science, engineering and the commercial world.


There are many applications of negative numbers today in banking, commodity markets, electrical engineering, and anywhere we use a frame of reference as in coordinate geometry, or relativity theory.


Pedagogical Note:
It seems that the problems that people had (and now have - see the Lottery incident ) in understanding the use of negative numbers concerns:
References

English Mathematicians
Francis Maseres (1731 - 1824)
A dissertation on the use of the negative sign in algebra. (1758)
Fellow of Clare College Cambridge and Fellow of the Royal Society