When the Hotel first opened, everything went fine. He had lots of visitors. He gave the first person room 1, the second person room 2, and so on. This worked well until he found that one day after a very busy week the Hotel was full (so there were now an infinite number of people staying in the hotel). 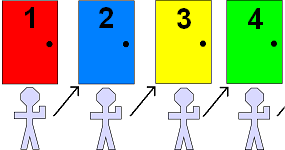 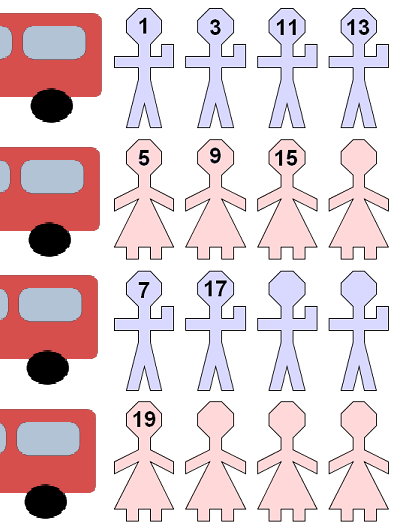 
The plan worked perfectly, soon everyone had got off the bus and had a room in the hotel.

Hilbert was very pleased because he thought that he would be able to use Cantor's method to allocate rooms to any number of visitors. However, Cantor warned him that there might be situations when it would be impossible to find a way of allocating rooms.

Hilbert found that difficult to believe. If you would like to read more about Cantor's arguments, you might like to read the article Infinity Is Not a Number - It's a Free Man .