For thousands of years people have used different ways of plaiting and braiding fibres together to make cords for decoration, for ties on clothes, for carrying things and anything else they needed. Today, braids made by machines still have many of the same uses: trimmings for clothes and furniture and woven ropes for climbing, for example.

The instructions here tell you how to make some different braids: some simpler, some more complicated.

You can use all sorts of things to make braids. Wool is good because it is bouncy and also cheap. Wool strands in a braid tend to squash together so that you can't tell them apart unless they are different colours. String or cord can be effective if you want to be able to see where the strands of your braid go. You could also try some more exotic materials - how about wire, or long grass, or elastic from a big elastic band? Think about what you want your braid to do. Does it need to be wide or narrow? Stiff or bendy? Stretchy or not stretchy? What colour do you want it to be?

You've almost certainly made a plait with three strands before, but you may not have plaited with larger numbers.


You can plait almost anything - string, wool, cord, wire - but string or cord are easy to start with. You need to cut strands to plait with before you start. Remember that the finished plait will be shorter than the strands you started with.


You might want to make a finished plait into a loop, for example to make a bracelet. To do this you can tie the ends together, and maybe cover them by winding some more string round. Or you can carefully weave the ends strands of one end into the other using a large needle.

A three-strand plait is the simplest to make. 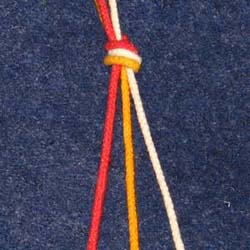 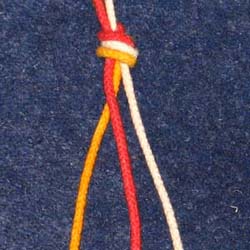 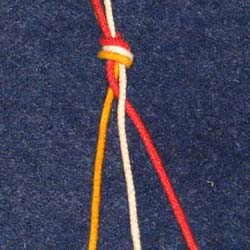 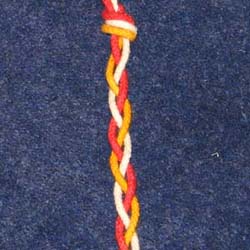 Plait with other odd numbers of strands in the same way. 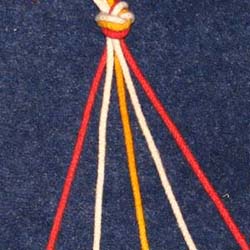 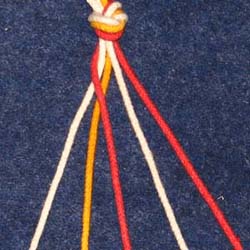 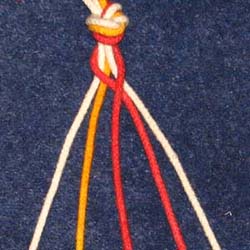 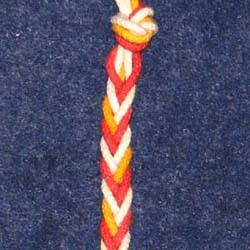 With even numbers of strands there isn't a middle strand, so you can't do exactly the same thing as you did for odd numbers. But you can still make a plait. 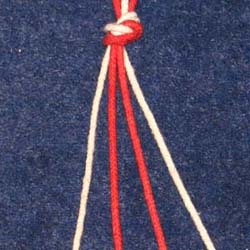 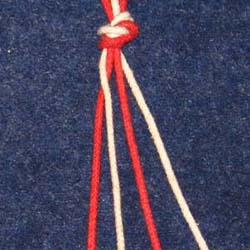 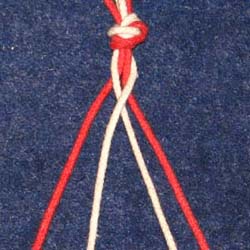 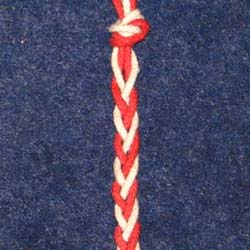 Some things to think about

Finger weaving is a way of making narrow, flat bands suitable for things like bracelets. You can use any number of strands, but four is a good place to start. Wool is a good material for finger weaving because it is soft so the strands lie nicely. Again, you'll need to cut your strands of wool before you start. 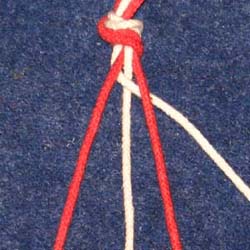 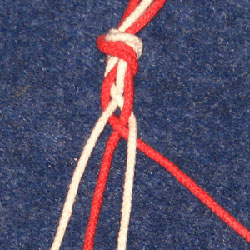 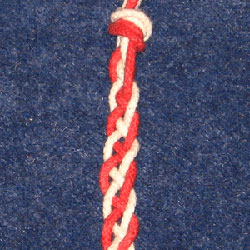 Things to think about

Can you draw your finger weaving, showing all the unders and overs?

There are lots of ways to weave strands together to make cords. Here are just some of them. String or wool are good for these braids. You need to cut lengths of it before you start.

This is very like the four-strand braid, with different numbers.

Make this braid like the four and eight-stranded ones, but taking the strands from the outside over eight strands and back under three.

Things to think about

Can you use numbers to write down how you made each braid? For example, positive numbers could mean you should cross over strands and negative numbers could mean you should go under them. So "5, -2" would mean "go over five strands then back under the last two".
What other braids can you make?
Write down how to make one braid using your number system and give the instructions to a friend. Can they make your braid from the instructions?

This braid is a bit different. You need seven strands, and a circular or octagonal piece of stiff card like the one in the diagram, with eight slots round the outside and a hole in the middle.

Some More things to Look at

If you're interested in braiding and weaving, Phiala's String Page is very useful. It has information about different braids and about their uses in history. There are also instructions for some simple kinds of weaving beyond finger weaving, and lists of books and websites where you can find out more.


The Braid Society has nice pictures, and some instructions for making different braids.