Ever wondered why stories about mathematicians always seem to be about men? Is it because men are better at maths than women? Absolutely not, it's because until very recently society dictated that it wasn't very respectable for women to be mathematicians. Unfair as it was, it was very difficult for a woman to make herself heard and to be accepted by other mathematicians. It just wasn't the done thing in polite society. But there were a few women who dared to go against the flow, and their achievements demonstrate that women have as much to contribute to mathematics as any of their male counterparts. This article is about just a handful of the most famous women in the history of maths, but there are plenty more successful women out there.

Caroline Herschel was the sister of a very famous astronomer, William Herschel who was credited with discovering the planet Uranus. Caroline assisted her brother with his astronomical observations, and did most of the complicated mathematical calculations that were involved in working out the position of stars and planets. Before long she was conducting observations of her own, and discovered several new comets, which was a major achievement for any astronomer. When King George III gave her an annual salary for her astronomical work, Caroline became the first woman ever to be paid for doing a scientific job. The Royal Astronomical Society awarded her a Gold Medal in 1828 and she was honoured throughout Europe. 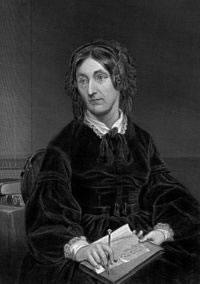 Another famous woman in mathematics was Mary Somerville who was born in 1780. She taught herself maths at home because at that time girls didn't learn maths at school. She was married twice, and her second husband was interested in maths and science. He introduced her to all kinds of famous mathematicians who were amazed to find that she understood their work extremely well, which was more than could be said for a lot of the men working in maths at the time. A friend asked her to translate a very important work by a French mathematician called Laplace and she not only translated it, but added some original work and made it much easier for other people to understand. She wrote several other books that made maths and science accessible to a much wider audience. 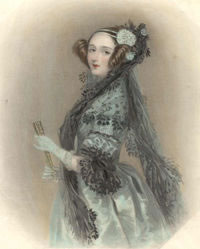 Ada Lovelace was the daughter of the famous poet Lord Byron, though she never met her father. She was taught by Mary Somerville and through her family and friends she met several influential mathematicians and scientists, one of whom was Charles Babbage. Together, Lovelace and Babbage worked on the theoretical principles of the Analytical Engine, a machine which Babbage had designed but which was never finished in their lifetime. The engine was designed to perform vast quantities of complex calculations using a complicated mechanism of wheels and cogs, saving mathematicians a lot of time and effort. Lovelace contributed some highly original ideas to how it could be used to automate very difficult mathematical processes. Lovelace realised that a calculating machine could be programmed in the same way as a weaving machine, using cards with holes punched in them in a specific arrangement. She is now regarded as one of the earliest pioneers of computer programming.


Did you know that Florence Nightingale was a mathematician as well as a nurse? She developed systems of collecting, analysing, interpreting and displaying data about diseases and patients' deaths that are now considered to be quite advanced statistical methods. Because she presented her statistics so clearly and persuasively, civil servants could understand them and were more easily convinced by her arguments for improved healthcare and sanitation. She was the first woman to be elected a member of the Royal Statistical Society, and her work contributed to the improvement of medical care in India as well as Britain.

Many of the women featured in this article were still quite restricted in what they were allowed to do and often depended on male collaborators to make their work seem respectable. Thanks to their success and determination opinions have changed, although it happened very slowly. Today there are hundreds of thousands of women working in mathematics, pushing the boundaries of knowledge and doing award-winning research. Who knows what the next generation of female mathematicians will achieve? Will you be one of them....?

You can find out more about women in maths at http://www.agnesscott.edu/lriddle/women/women.htm