Four numbers in little boxes are put into a special big box that does a multiplication, then four new numbers come out at the end: 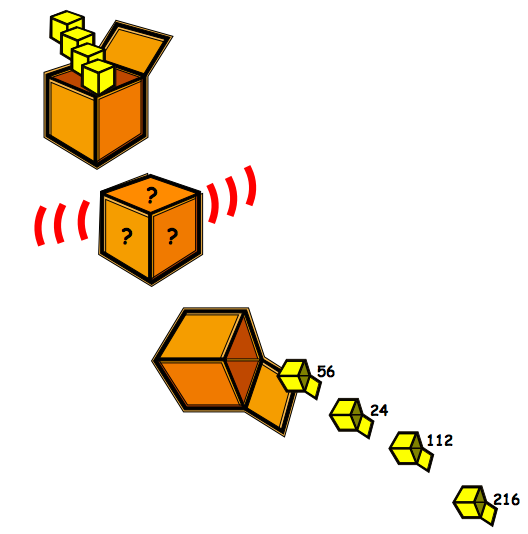 We only used whole numbers to go in, so, what multiplication might have gone on in the big box to get the answers in the picture above?

What was the largest number that could have been used to multiply by, in that big box?

Imagine four new boxes now (with new numbers in) and the large box multiplying by a different number this time. The numbers that come out are these:

What would be the number that the big box is multiplying by?
How are you working these out?
Discuss with others and see if there are different ways that you found the answers.
The NRICH Project aims to enrich the mathematical experiences of all learners. To support this aim, members of the NRICH team work in a wide range of capacities, including providing professional development for teachers wishing to embed rich mathematical tasks into everyday classroom practice.