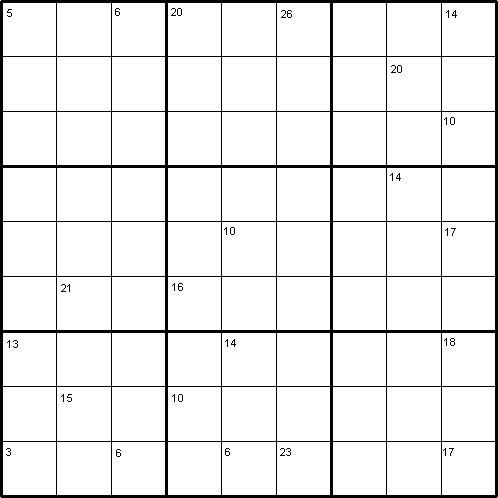 The Rules of "Intersection Sums Sudoku"

Like the standard Sudoku, this Sudoku variant consists of a grid of nine rows and nine columns subdivided into nine 3$\times$3 subgrids. Like the standard Sudoku, it has two basic rules:
Like other Sudokus published by NRICH, this puzzle can be solved with the help of the numbers in the top parts of certain squares. These numbers are the sums of the digits in all the squares horizontally and vertically adjacent to the square.

At least the answer for one square is confirmed. That's not too bad after all. Sooner or later, we shall be able to obtain the answers for the squares (8,1), (9,2) and (9,4) as we try to solve the rest of the puzzle.