Triangle in a Triangle

Jaydon from Newington College in Australia found the proportion for a triangle with base 12 units and height 9 units: 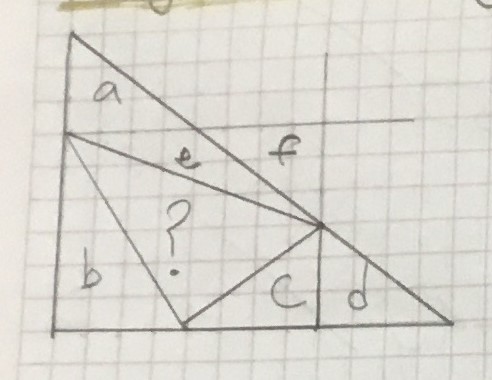 To find e:
Take e and f as one shape and do the formula as per usual, but then subtract {f from} the number you get from the formula to eliminate the section that is not part of the shape.


Miranda and Sadaf from Greenacre Public School in Australia found a very simple solution to the general problem: 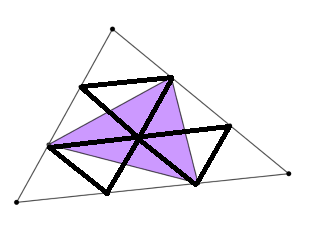 We looked at the second question part to see if we could find a pattern, and we did. We joined the dots to make 9 congruent triangles shown from the picture (1 at the top, 3 in the middle and 5 at the bottom). We then coloured in the purple-shaded triangle to work out the fraction out of 9. We saw that there were six shaded halves of the triangles and converted that into three whole traingles. This was $\frac39$ of the triangle, simplified to $\frac13$. 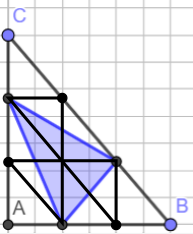 After finding the solution to the second problem, we tried the same strategy for the first part of this problem and it worked. It was harder to find how the smaller triangles would fit, but we soon found that 9 right angled triangles fit into the big triangle. We shaded the blue area and this time it was harder to measure the fraction, but we looked closer and found that it was $\frac13$ as well.

So both solutions to the equations are $\frac13$.

Thomas from Davenies found a general solution to the problem with a right-angled triangle: 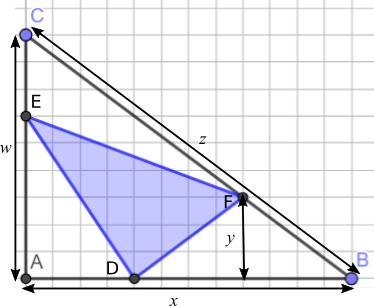 Using this same logic, we can work out the area of the non-shaded triangles. Triangle AED = $\frac13 x\times 2y \div 2=\frac13xy$

Steven from City of Sunderland College and Tommy from the Costello School, both in the UK, used trigonometry to find the areas in a general triangle.

Tommy's working is very clear, and shows in detail how the area of each triangle was found: 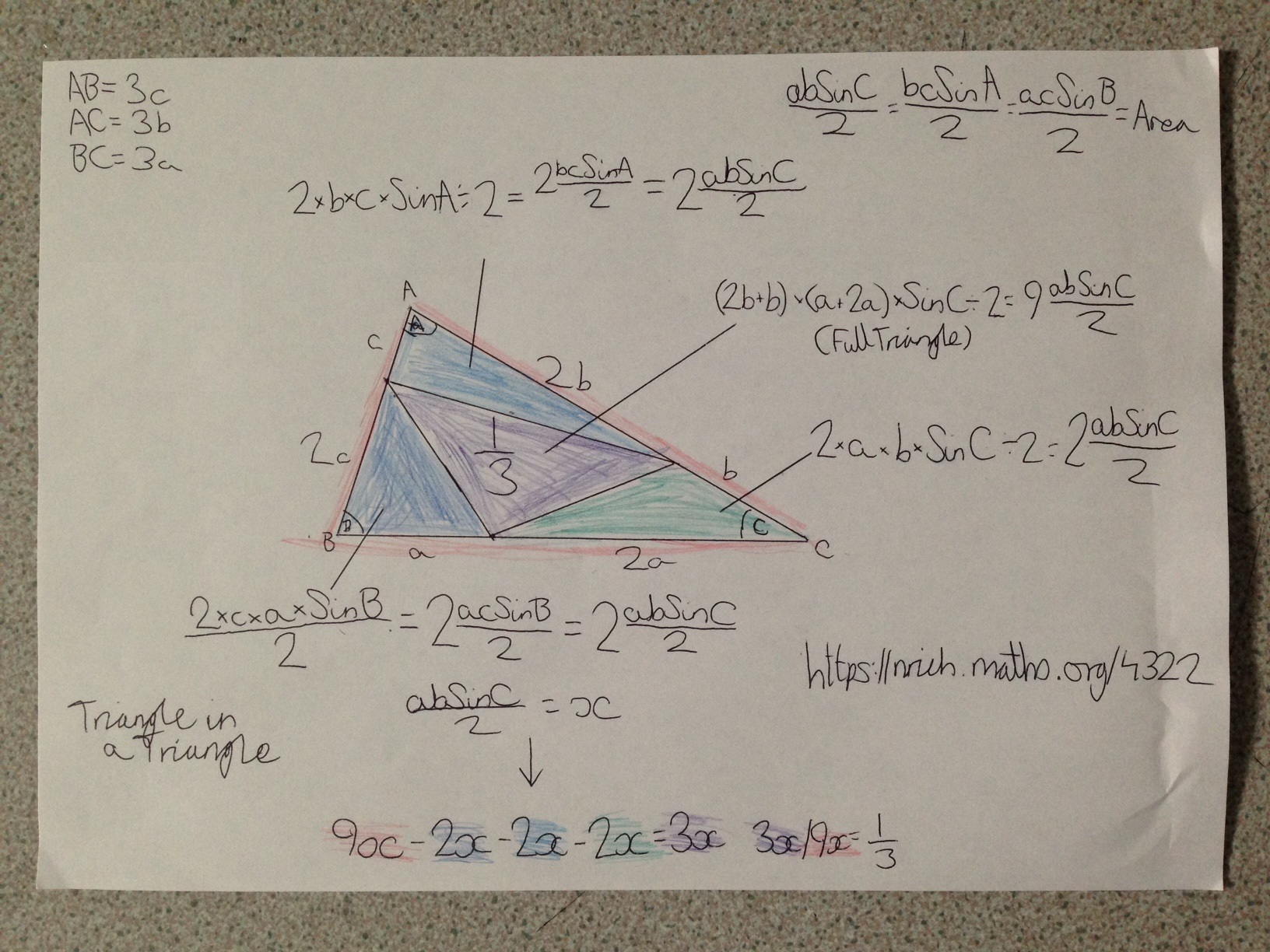 Steven used more algebra, and so in Steven's work, it is easier to see how this method is related to Thomas' method above:

Let the area of triangle XYZ be $\Delta$, and the smaller triangles be $\Delta_1$ through $\Delta_4$, as above.

The area of the large triangle can be found as $\frac12bc\sin{\alpha}=\Delta$.


Notice that, actually, it wasn't necessary to use trigonometry. Thomas' method can easily be extended to a general triangle.

This relies on the fact that multiplying the length of one of the sides by $\frac13$ or $\frac23$ has the effect of multiplying the area of the triangle by the same number.

This is because, while the base (any of the sides) remains unchanged, the perpendicular height is multiplied by $\frac13$ or $\frac23$.

A very clear method using this idea is shown below:
On the diagram the points that divide each of the sides into equal thirds can be marked. The lines connecting these points to the nearby vertex of the yellow triangle can also be drawn. This gives the following diagram: 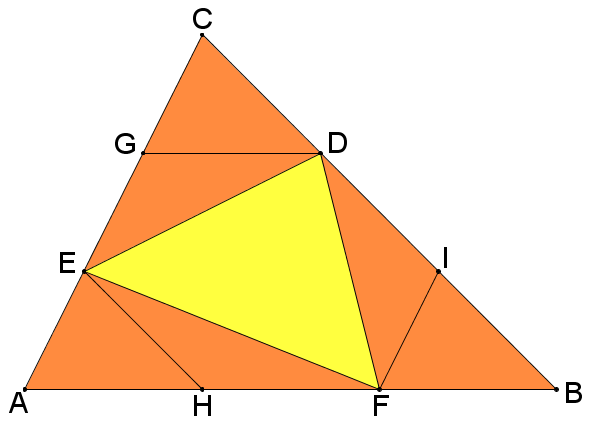