Chris is swimming in a lake, 50m from the shore.
Her family are 100m along the shore. 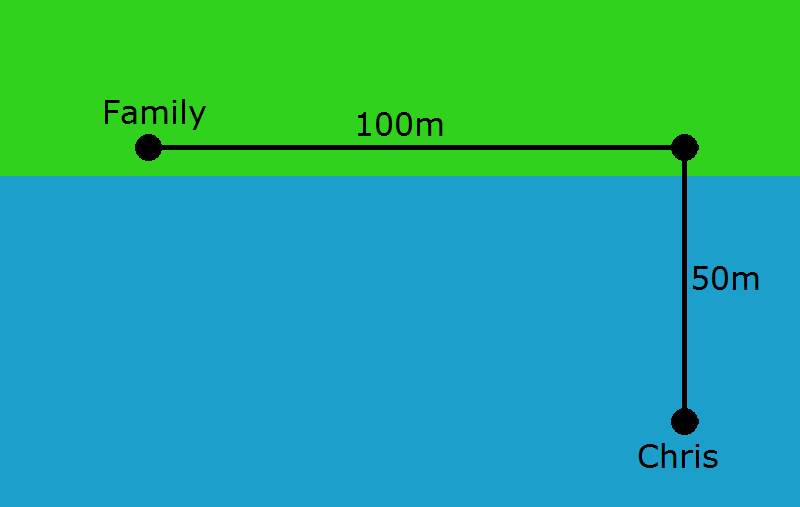