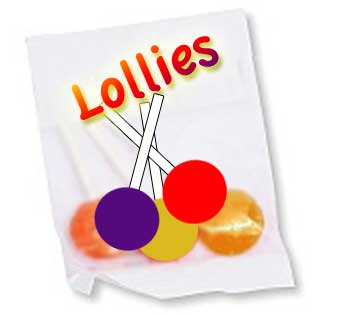 This problem requires children to apply their knowledge of factors and multiples, and it is a good way of making the link between sharing, division and multiples/factors. It may also be used to introduce learners to the fact that a problem can have more than one solution and that the solutions can be generalised. It can be approached in many different ways so can be a useful context in which to talk about different ways of recording and different methods of solving problems.

In conjunction with the other tasks in this group, this task also offers the chance to focus on any of the five key ingredients that characterise successful mathematicians.

You could introduce this challenge by acting it out.  Invite two children to the front of the class and ask everyone to imagine that you have a bag of lollies.  Explain that you give them out to the two volunteers so that they have the same number each, but there is one left in the bag.  You could mime giving out some lollies so that everyone gets the idea.  Then invite three more children to the front.  Mime gathering the lollies back into the bag and then distributing them equally again, this time explaining that you have two left over.  Pose the question "I wonder how many lollies could have been in the bag?".

Give the class a few minutes to consider, individually, how they might go about tackling the problem, then pair them up and suggest that they talk to their partner about their ideas so far.  Try to stand back and observe, and resist the temptation to make helpful suggestions!

Allow pairs to work on the task so that you feel they have made some progress, but do not worry if they have not completed it or if they report being stuck.  The aim at this stage is for everyone to 'get into' the problem and work hard on trying to solve it, but not necessarily to achieve a final solution.

At a suitable time, hand out this (doc, pdf) to pairs.  Suggest to the class that when they've finished or can't make any further progress, they should look at the sheet showing three approaches used by children working on this task.  Pose the question, "What might each do next? Can you take each of their starting ideas and develop them into a solution?".  You may like pairs to record their work on large sheets of paper, which might be more easily shared with the rest of the class in the plenary.

Allow at least fifteen minutes for a final discussion.  Invite some pairs to explain how the three different methods might be continued.  You may find that some members of the class used completely different approaches when they worked on the task to begin with, so ask them to share their methods too.  You can then facilitate a discussion about the advantages and disadvantages of each.  Which way would they choose to use if they were presented with a similar task in the future? Why?

At the highest level, encourage learners to articulate a full generalisation about what kind of numbers of lollies there could be in the bag. This might be worded in terms of multiples, or in terms of the units digit of possible solutions. The tasks in this group would be useful follow-up to this one.

Learners might request a range of different resources to help them tackle this challenge, for example a hundred square, or some counters/cubes.  Try not to pre-empt their requests by placing equipment out on tables at the start, but do make sure these kind of resources are easily accessible to the children, should they want to use them and do your best to accommodate any requests which you hadn't anticipated!