Well done to everybody who had a go at this activity.

Kevin and Aurelius from Kingswood College School in Australia sent in this picture and explanation: 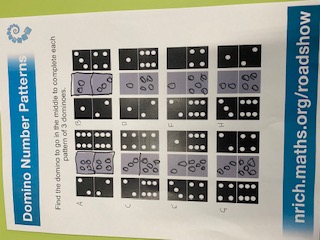 A We chose 4/4 because the numbers are the 2x table.

E The top numbers are the 1x table going down so we chose 2. The bottom numbers are adding 1 each time.

Well done to both of you for sending in these very clear explanations!

I wonder if there are any other possible solutions? If you've found anything different, please let us know by emailing us with your ideas.