A connected planar network (which has been redrawn if necessary so that edges do not cross) splits up the plane in which it lies into regions.  The picture below shows a network which is dividing the plane into 6 regions (the space "outside" or "around" the network is counted as a region). 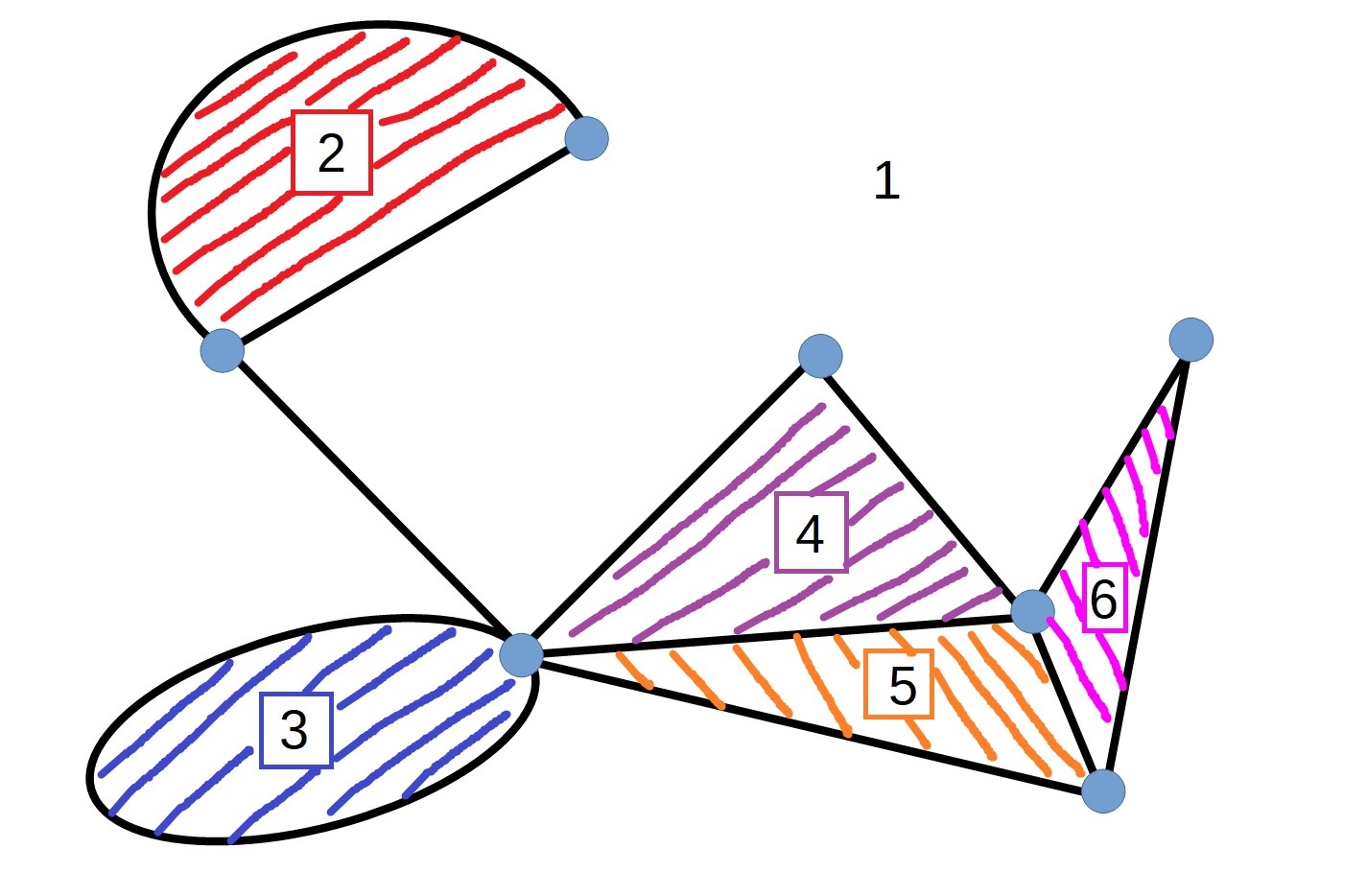 How many vertices, regions, and edges are there for this network?

Draw some different connected planar networks and count the number of
vertices (V), edges (E) and regions (R).
Can you find a rule connecting V, R and E ? (known as Euler's formula)
Can you explain why the rule works?

Consider what happens as you add an extra edge to the network - how does this change the number of regions and/or vertices?

This result for networks can also be applied to polyhedra.  We can represent every polyhedron as a network using something called a Schlegel diagram.  Consider a cube - we can imagine cutting a hole in a face, and then opening out this cut face and flattening the cube out (imagine the cube is made out of a flexible material so that we can stretch and manipulate it). 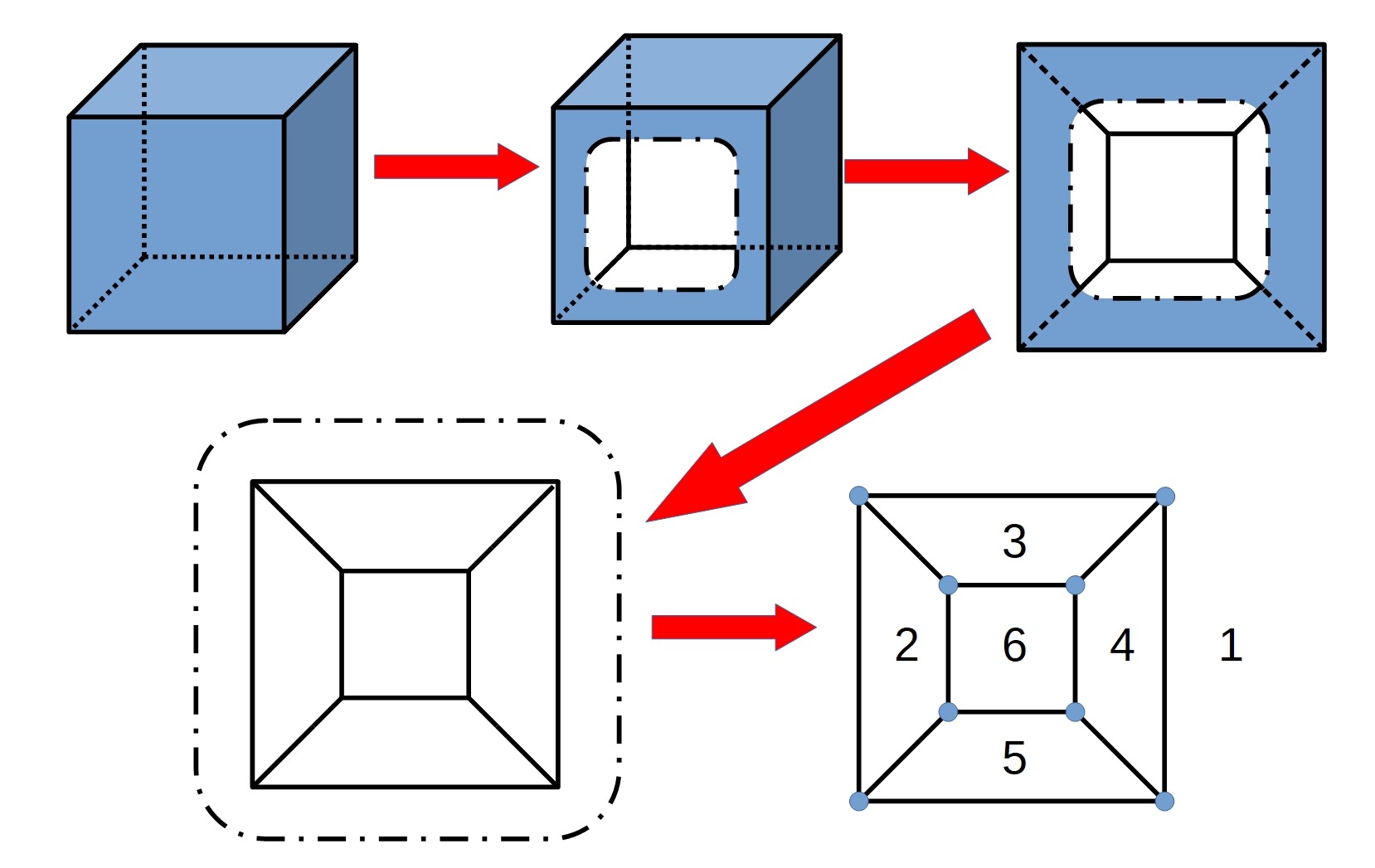 Draw Schlegel diagrams for each of these situations and some more polyhedra of your choice.
Check that the relationship you found between V, R and E still holds for these situations.

Draw a Schlegel diagram for a cube with an indent in one face (like the one below).  It might be easiest to imagine cutting open the face opposite the indent. 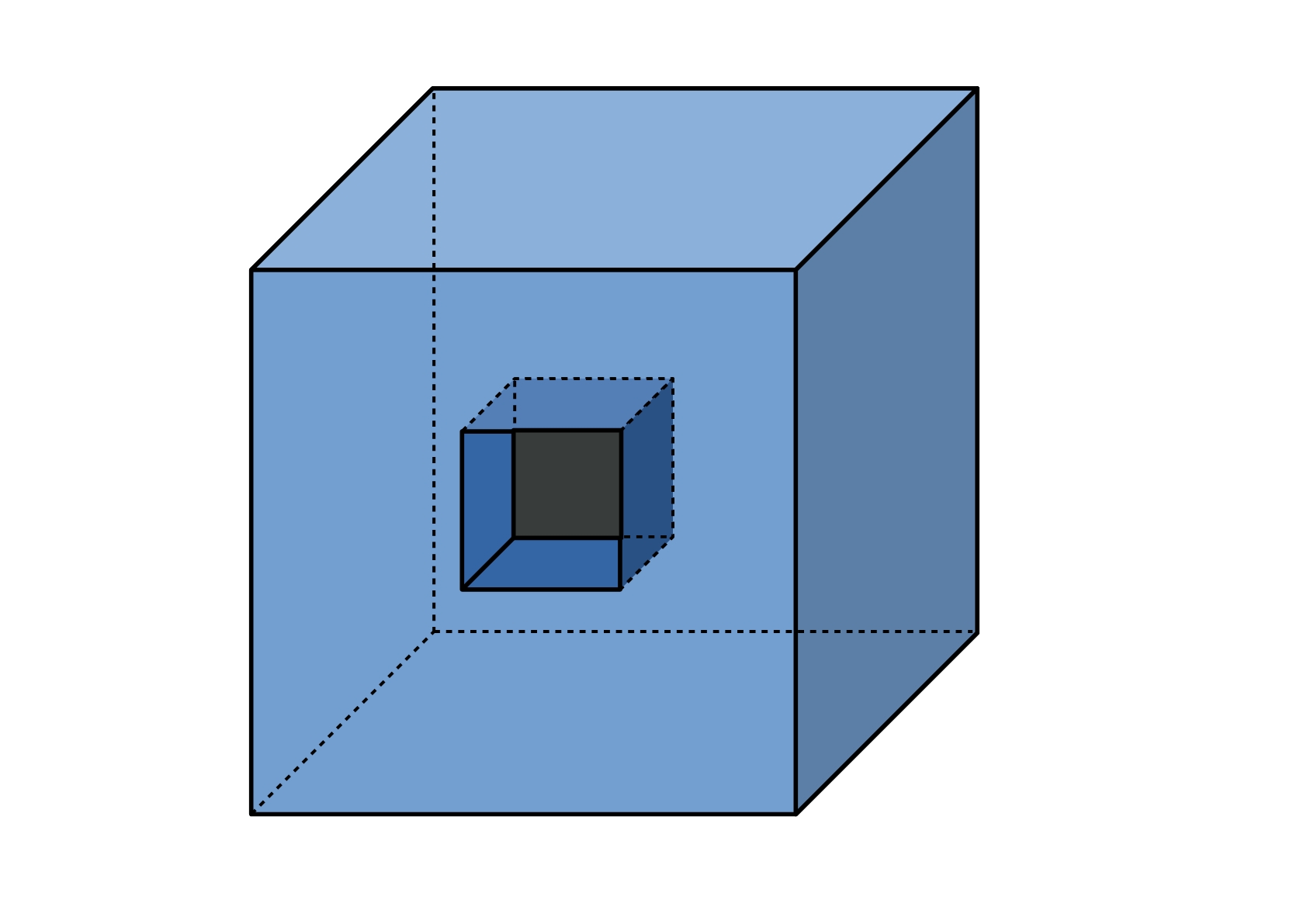 Can you explain why you do not get the same relationship between V, E and R?