We had a number of solutions sent in from the Peak School in Hong Kong:

Since the candles only last one year, Ben's parents will have to buy new candles every year.

Since the candles last longer than one year, Ben's parents will have to only buy one candle each year, since Ben gets one year older each year.

We also had several solutions from Winns Primary School in London. Roxy wrote:

I think the answer is 66 because they have the same amount candles as the age that Ben is turning for 11 years straight. Therefore, you need to add all the numbers from 1 through 11. As it says including his 11th birthday. Now on to the what if question...

From my perspective, I think each candle lasts 2 yrs.

Also from the same school, we had solutions from Reece, Alex, Hester, Ayman, Samson, Jessie, Jathusha, Che and Hierthika. 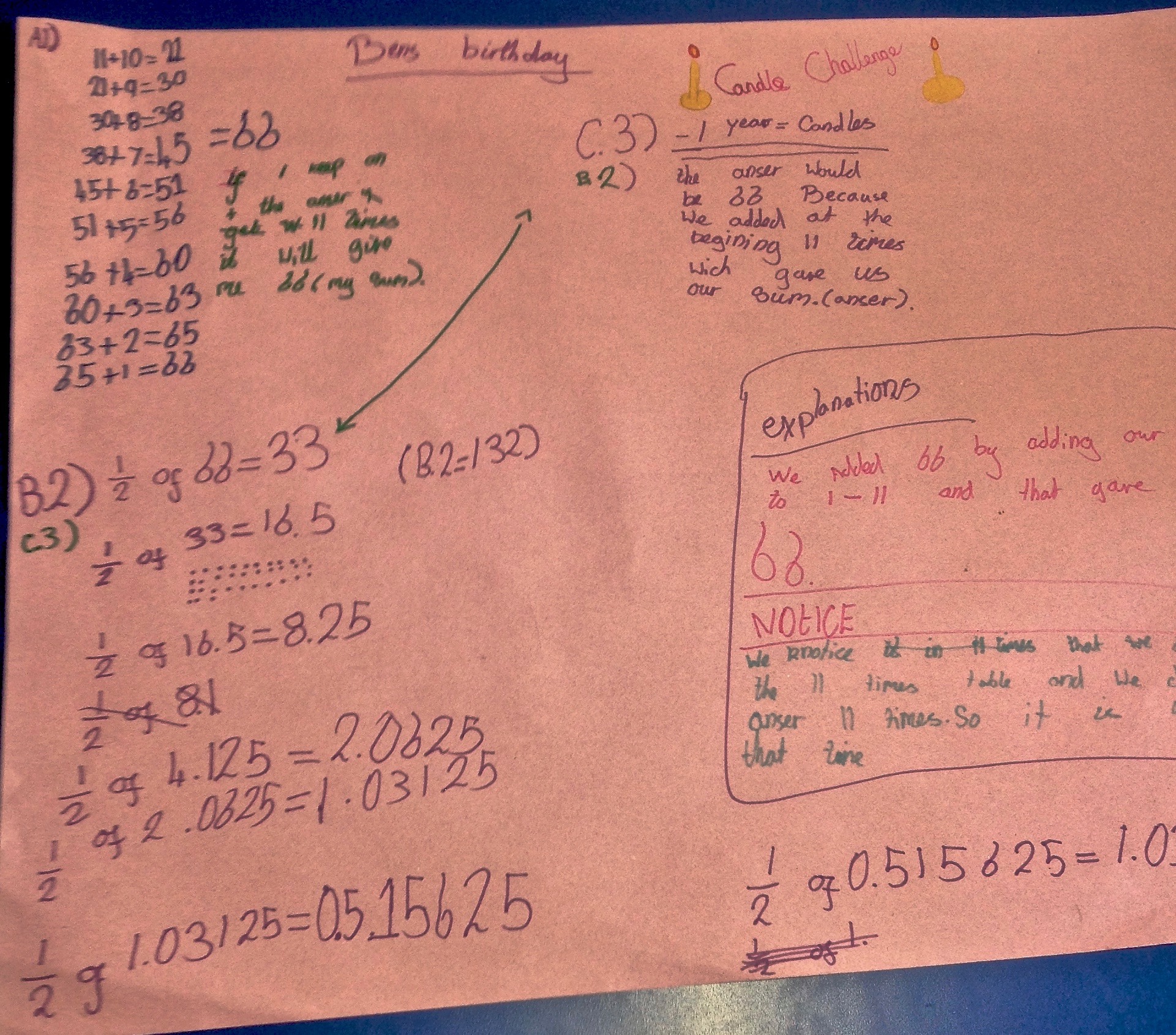 Aarti from the International School Utrecht (ISU) in the Netherlands wrote:

Thank you, too, to Fraser and Lissa, Aarnavi, Sophi and Antek from Kingsfleet School in Felixstowe who also sent in solutions.

Many of your solutions included further questions for everyone to consider:

Thank you for those "What if . . . ?" questions! I wonder whether anyone worked on the solutions to any of them?


We had nearly 80 solutions come in for this task so we apologise for only showing a sample of those here. Well done all of you.
The NRICH Project aims to enrich the mathematical experiences of all learners. To support this aim, members of the NRICH team work in a wide range of capacities, including providing professional development for teachers wishing to embed rich mathematical tasks into everyday classroom practice.