Where Do We Get Our Feet Wet?

Professor Korner has generously supported school mathematics for more than 30 years and has been a good friend to NRICH since it started.

Some puzzles requiring no knowledge of knot theory, just a careful inspection of the patterns. A glimpse of the classification of knots, prime knots, crossing numbers and knot arithmetic.

Here is a proof of Euler's formula in the plane and on a sphere together with projects to explore cases of the formula for a polygon with holes, for the torus and other solids with holes and the relationship between Euler's formula and angle deficiency of polyhedra.

As an adventure in pure mathematics, and a good science fiction story, it is hard to beat Edwin Abbott's Flatland, a classic from the 1880's. This strange space is peopled by geometrical figures that think and speak and have human emotions. The book explores the perceptions these beings have of higher dimensions. Equally fanciful, these Earthshapes embody some mathematics and take us into other science fiction worlds.

The Earthshapes were dreamed up by Joseph Portney about thirty years ago when flying over the North pole on board a U.S. Air Force KC-135. Joe looked on the icy terrain below and mused to himself, "What if the Earth were" and these odd shaped models were the result. Joe graduated from the US Naval Academy, served as a navigator bombardier in the US Air Force and since then has worked for many years for Litton Guidance & Control Systems on navigation problems concerned with the safe guidance and control of high altitude, long range, aircraft (both military and commercial). By the application of mathematics to re-programming the guidance system's computer, a plane could be guided safely over and around the odd curves and corners of these hypothetical worlds. You will find a lot more fascinating information on the subject and some 'brain stretchers' on the Litton website www.littongcs.com . There you will find Portney's Ponderables which feature the Earthshapes and also Time Tunnel ( replication of Eratosthenes' ancient measurement of the circumference of the Earth), Brain Games (a bi-monthly science puzzle) and Other Worlds (a link to the UK British Museum ). 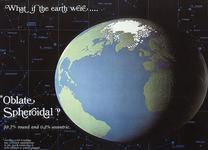 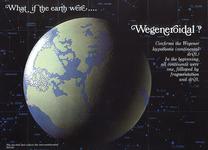 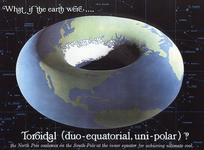 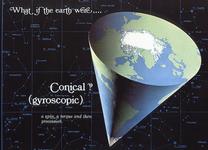 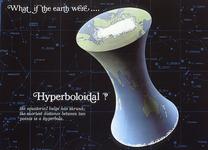 Here are some questions for class discussion:

Of course these shapes belong to a fantasy. However, determining the shape of the Earth has long been a difficult problem and a controversial matter. In the Bible the Earth was said to have 4 corners, and in another passage to be circular. Some of the ancient Greeks believed the Earth to be spherical, others that it was flat. About 230 B.C. Eratosthenes calculated the Earth's circumference and he was the first to attempt to produce a map of the World based on a system of lines of latitude and longitude. However the belief that the Earth was flat persisted through to the middle ages, to be disproved by the voyages of Columbus, Magellan and others.

Because of surface curvature, mapping the Earth has posed a problem, it cannot be cut and laid out on a flat surface without distortion. Maps which distort angles are useless for navigation. The mathematician Geradus Mercator devised a map, first used in 1569, which allowed mariners to measure angles directly from the map as the angle between any two directions on the Earth's surface was accurately re-produced. The map is drawn inside a tight fitting cylinder which touches the Earth around the equator and has its axis through the poles. Points where the rays from this central axis and parallel to the equator cut the Earth's surface are mapped to corresponding points on the cylinder. This mapping stretches the lines of latitude to make the meridians parallel and greatly distorts the land near the poles.

Nowadays satellite tracking is used to determine the Earth's shape improving the accuracy of maps and the Earth is considered to be slightly 'pear shape and not exactly spherical.