Mrs Offley and Year 3 class from Moulton CEVCP sent in the following description and the lovely display. Thanks and well done!

Last week we tried the Paper Partners problem and enjoyed describing paper sizes, positions and colours to each other. This week we tried Paper Patchwork 1. We talked about how the folding worked to change a rectangle into a square and about how important it was to get the folds in the correct order. Then we tried out lots of different contrasting patterns.

Once each pair had decided on their favourite pattern, we looked round at each other's patterns. We found that lots of pairs chose the pattern where the squares were turned through 45 degrees to offset the squares, centered on the middle of the shape. We put our patterns together to make one big pattern: 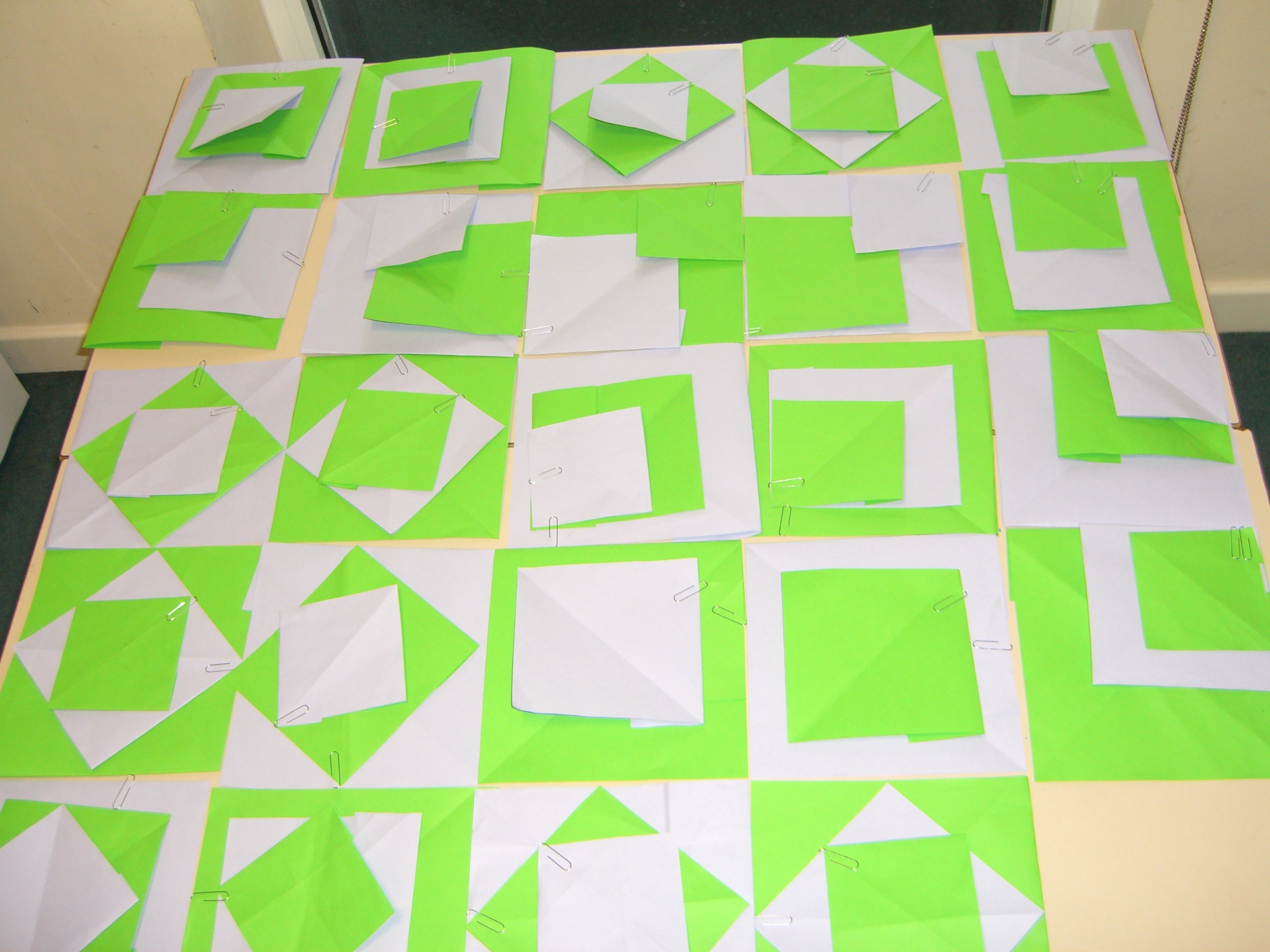 Thank you for this display I hope it may inspire others to produce their own displays of this activity.

Well it did inspire others because a little while later we received an email from J. Preece saying

The children really enjoyed the problem. We are Windrush Primary school Royal Borough of Greenwich, London, children from year 1 to 6 took part And we pre cut the squares so that they could concentrate on what was the same what was different. There was a lot of very interesting discussion between the pupils. 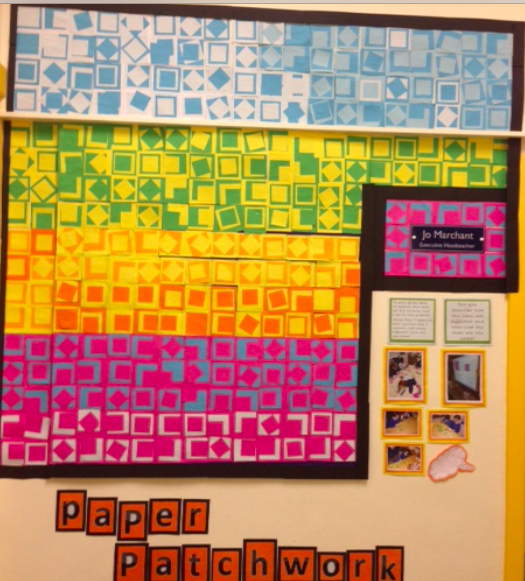 Thank you, that looks wonderful, well done all of you who were involved.
The NRICH Project aims to enrich the mathematical experiences of all learners. To support this aim, members of the NRICH team work in a wide range of capacities, including providing professional development for teachers wishing to embed rich mathematical tasks into everyday classroom practice.