The challenge is to produce elegant solutions. Elegance here implies simplicity. The focus is on rhombi, in particular those formed by jointing two equilateral triangles along an edge.

Explore patterns based on a rhombus. How can you enlarge the pattern - or explode it?

Jenny Murray describes the mathematical processes behind making patchwork in this article for students.

This was a fascinating problem which included an interactive feature to help you explore your ideas.

Let's begin by looking at the first part of the problem. You needed to use the interactivity to create two fields which shared the tap at A and maintained the same areas.

Here's a screenshot of a solution sent in by from Shriram, from India: 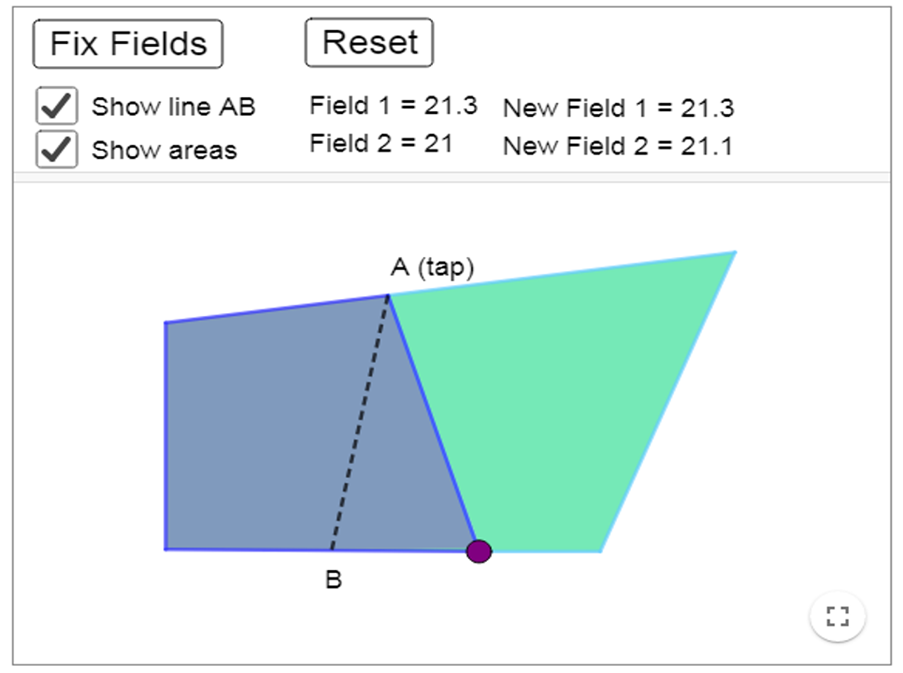 Zavya, Miraya and Methuli from Heckmondwike Grammar School in Engliand also sent in screenshots. This is one of Zavya's screenshots: 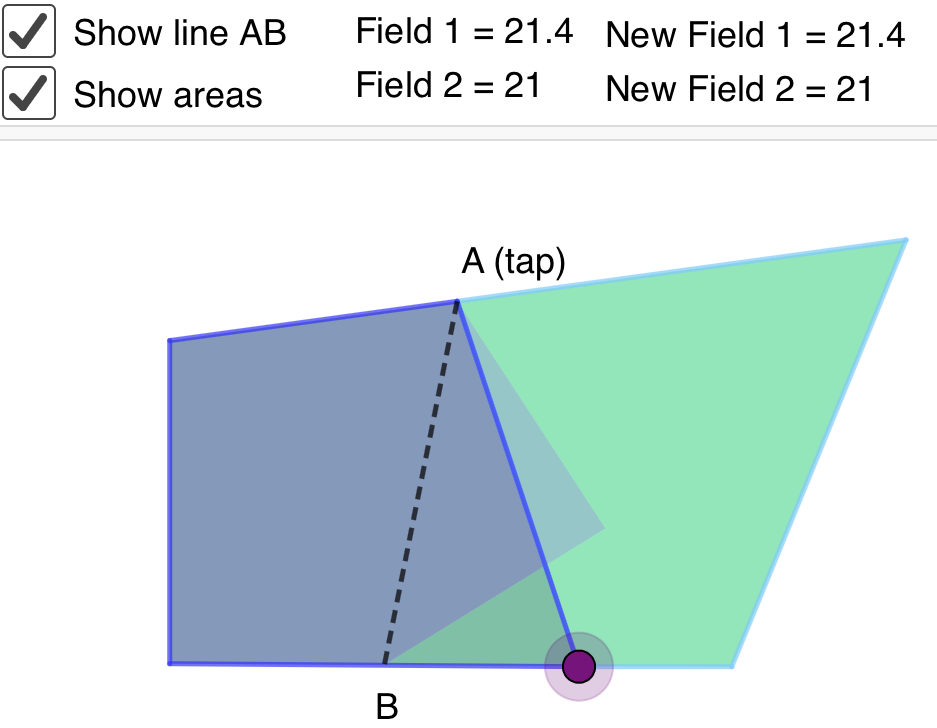 This is one of Methuli's screenshots: 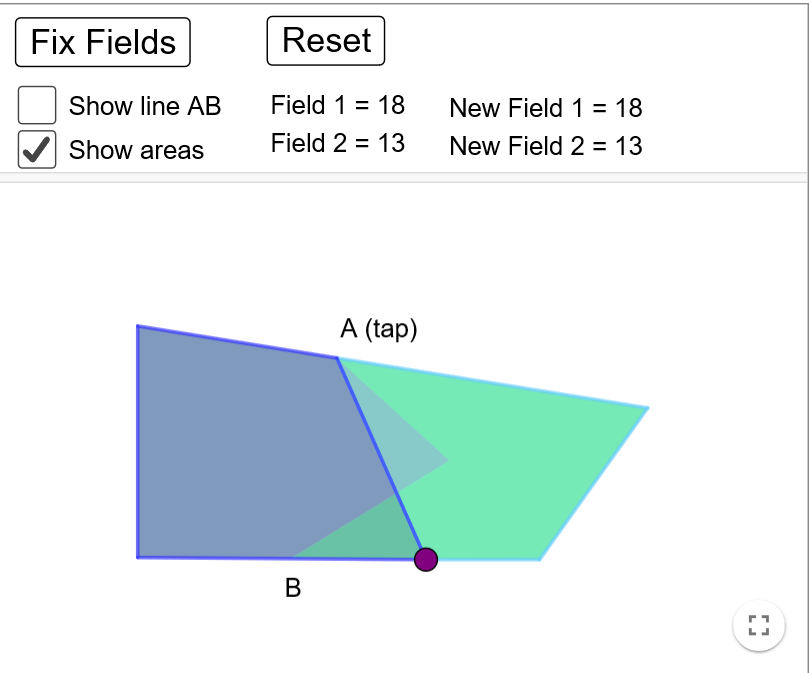 Miranda sent in some correct solutions drawn by hand but didn't explain her method: 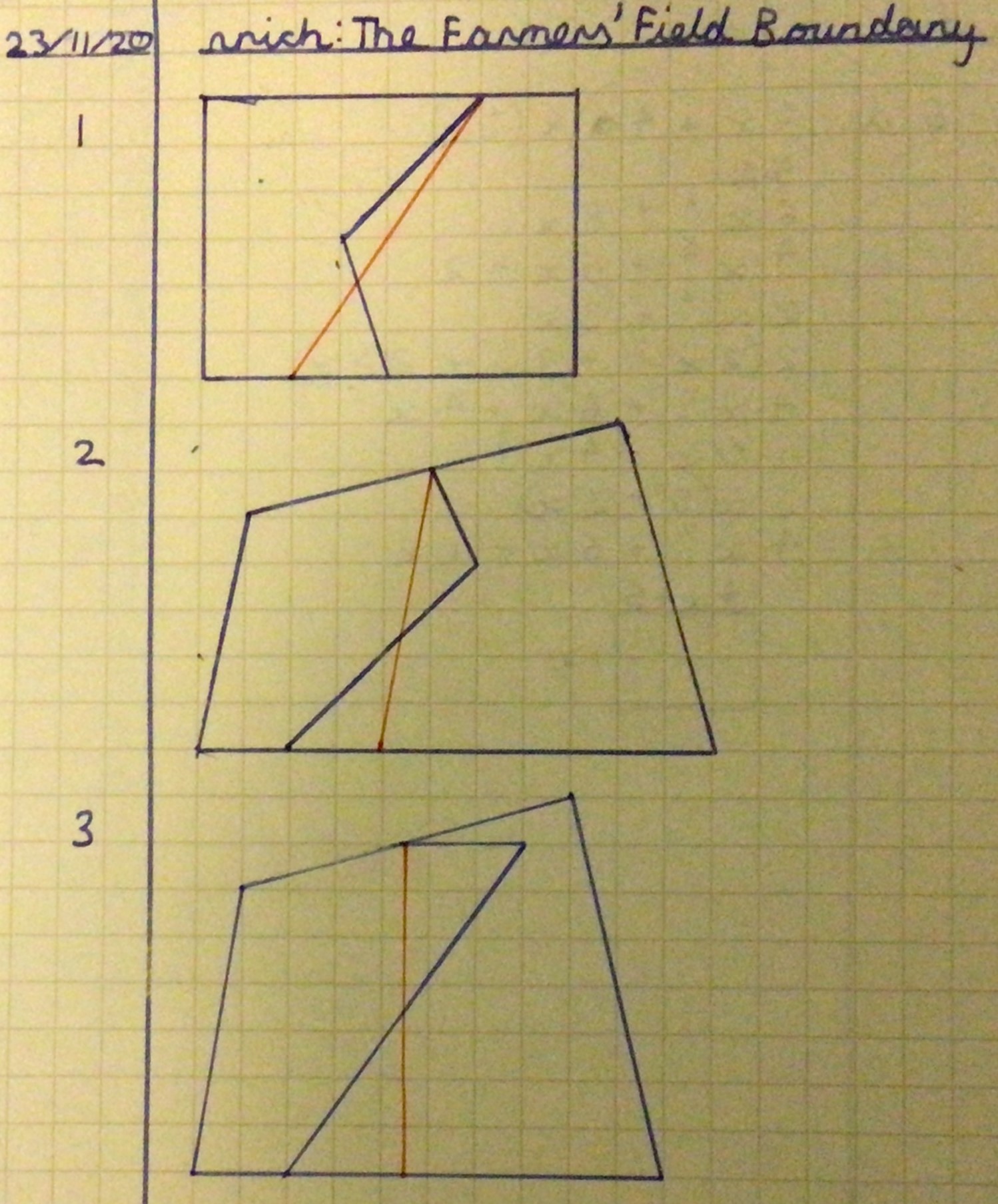 Kirsty from Lancing College and David from the UK explained how to form the correct boundary. Here is David's work: 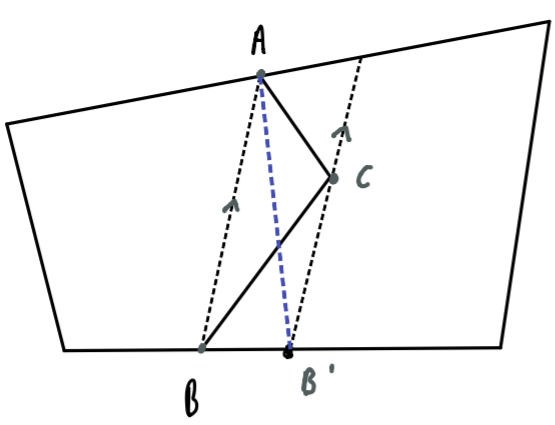 Construct the line parallel to AB through C. We claim that triangle ABB' has the same area as triangle ABC.

Kirsty extended this idea to fields with more complicated boundaries. Here is Kirsty's work with a couple of extra diagrams added: 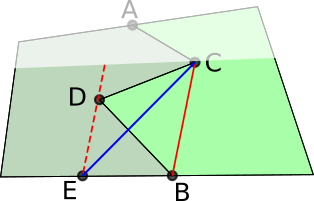 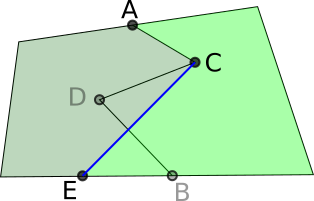