Well done to Rose from Newstead Wood School in the United Kingdom and Melissa from Bangkok Patana School in Bangkok who sent us their solutions to this problem. They both used different methods prove this result.

Here is Rose's proof for the five-pointed star:

Notice there is a pentagon in the centre of the five point star. The exterior angles of this shape must add up to $360^\circ$. If the exterior angles are marked onto a diagram, each one is in a corner of an outer triangle, as shown below: 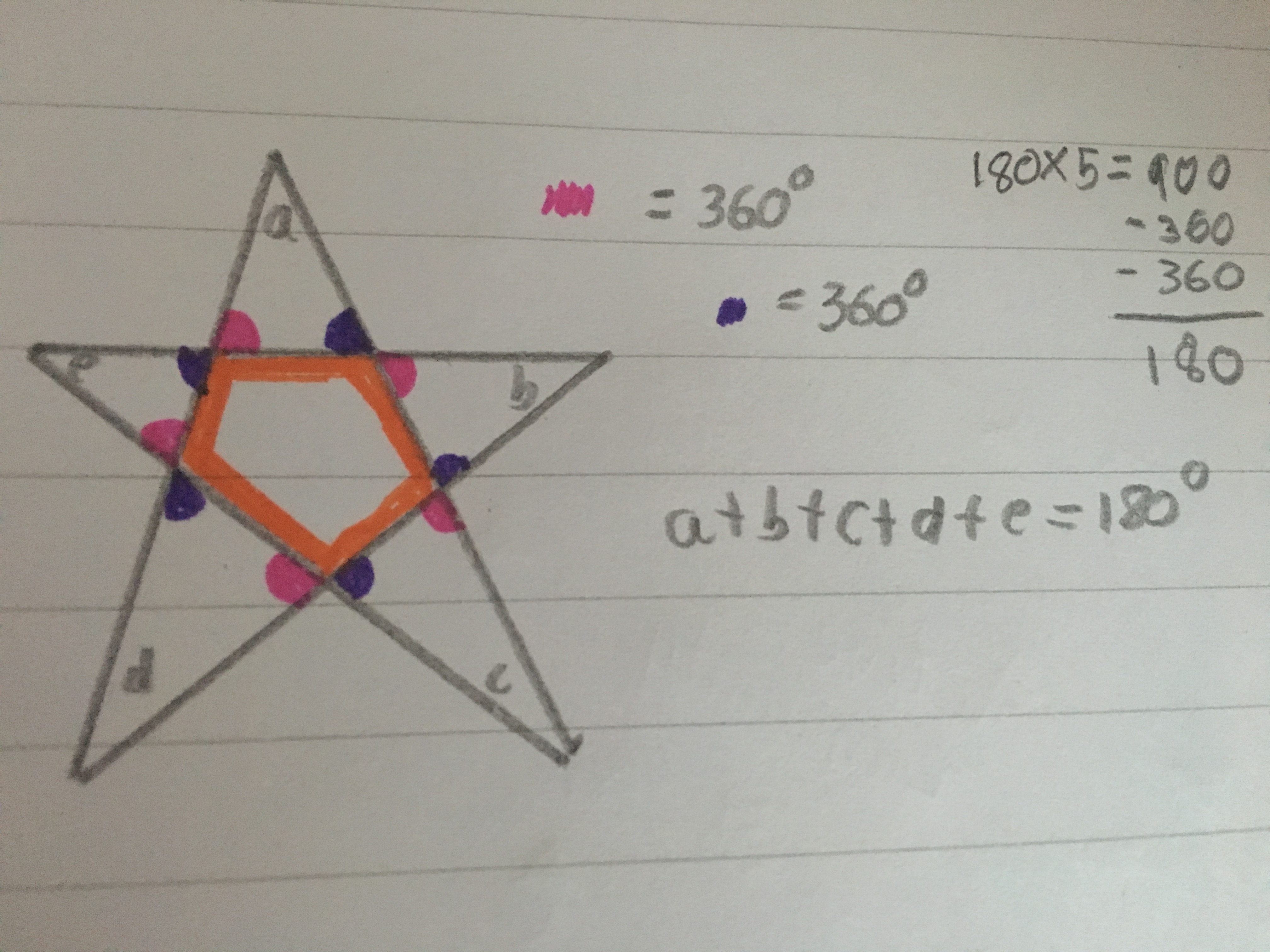 Effectively, there are two sets of exterior angles on the central pentagon, depending on the direction in which they are marked. Mark these in (shown in pink and blue on the diagram above) and each outer triangle will have an angle drawn in two base corners. There are are five triangles within a five-pointed star. The angles in a triangle add up to $180^\circ$.  $180^\circ \times 5$ will give the total number of degrees in all the triangles of the star: $900^\circ$


Melissa sent us the following proofs for the five- and seven-pointed stars: 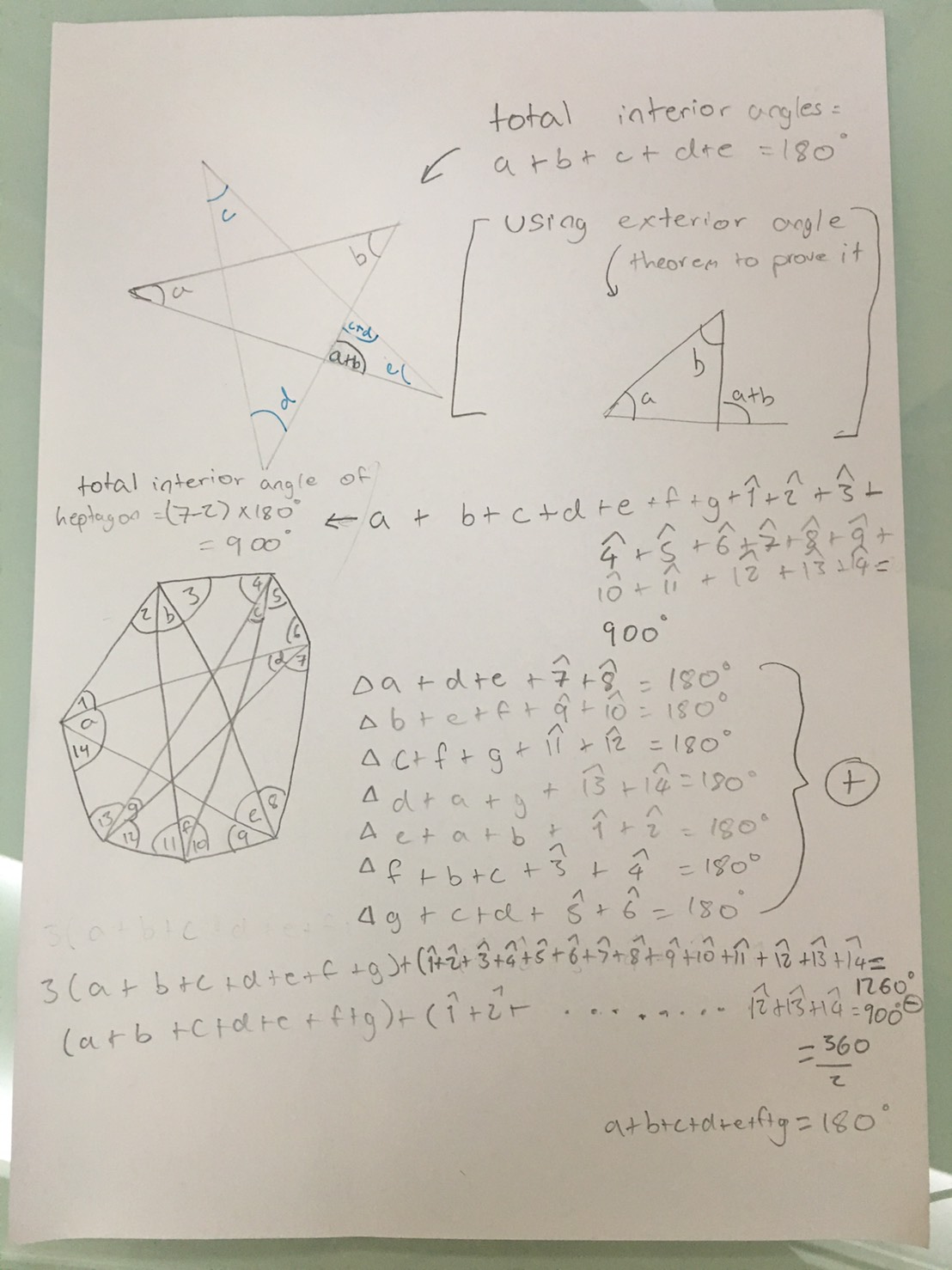