This problem offers a nice opportunity for students to practise measuring angles in a situation that leads them to make a discovery that they can then try to prove.

Show the image of the five-pointed star from the problem or draw one, and invite students to draw stars of their own. Ask them to measure the angles at the points as accurately as they can, and then add the five angles together. Collect some of their results on the board.
"It looks like the answers are all around $180^{\circ}$. I wonder if we can prove it?"

There are a number of options for proving the result. Students could create a diagram in GeoGebra and use it to gain insights about how the different angles change when they change the star.
Students who are fluent in algebra could be encouraged to label the angles in their diagram and use angle rules to write down relationships between the angles.
Some students may wish to consider the special case of a "regular" star whose points lie at five equally spaced positions on a circle.

Alternatively, some students may wish to consider the angle turned through as they mentally "walk" around the lines of the star.

If you know the five interior angles of the pentagon, what other angles can you work out?
What do you know about the angle sum of a pentagon?
Could algebra help? 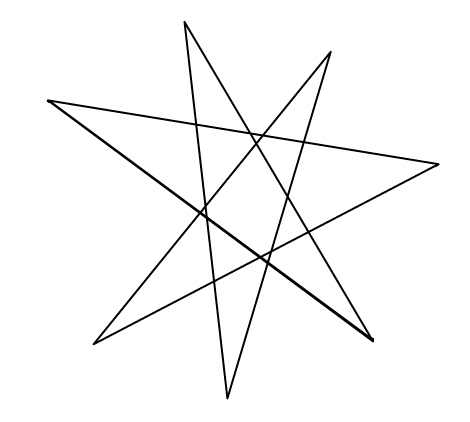 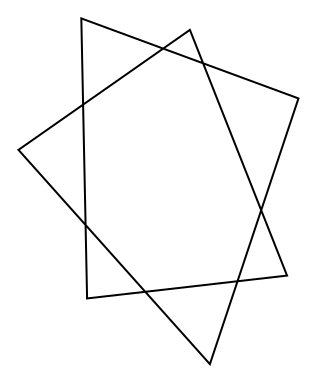