A red square and a blue square overlap. Is the area of the overlap always the same?

Five integers (whole numbers) are placed on the bottom row of this pyramid.  They must satisfy the following conditions: 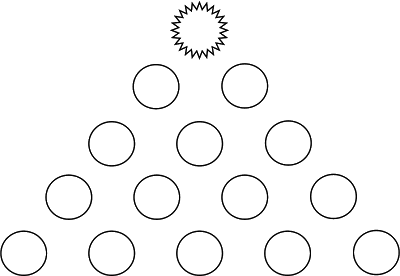 Each number in the upper rows of the pyramid is formed by combining the two numbers below it, according to the following rules:

You should have got $60$ at the top.  You can see the completed pyramid in the Getting Started section.

What is the largest top number you can obtain?


With thanks to Don Steward, whose ideas formed the basis of this problem.