Thank you and well done to everyone who submitted solutions to this problem. Far too many of you sent in solutions to mention all of you, but there were lots and lots of good ideas.


Gavin, from Woodhaven School in Canada, described how the numbers in each hut are related:

They found the following relationships:
$\begin{eqnarray}
B-A&=&X\\
B+A&=&Y
\end{eqnarray}$
Jared, from Associated Hebrew Schools in Canada, was able to relate each hut to the subsequent hut:

Many of you were able to find the next few huts using these rules: 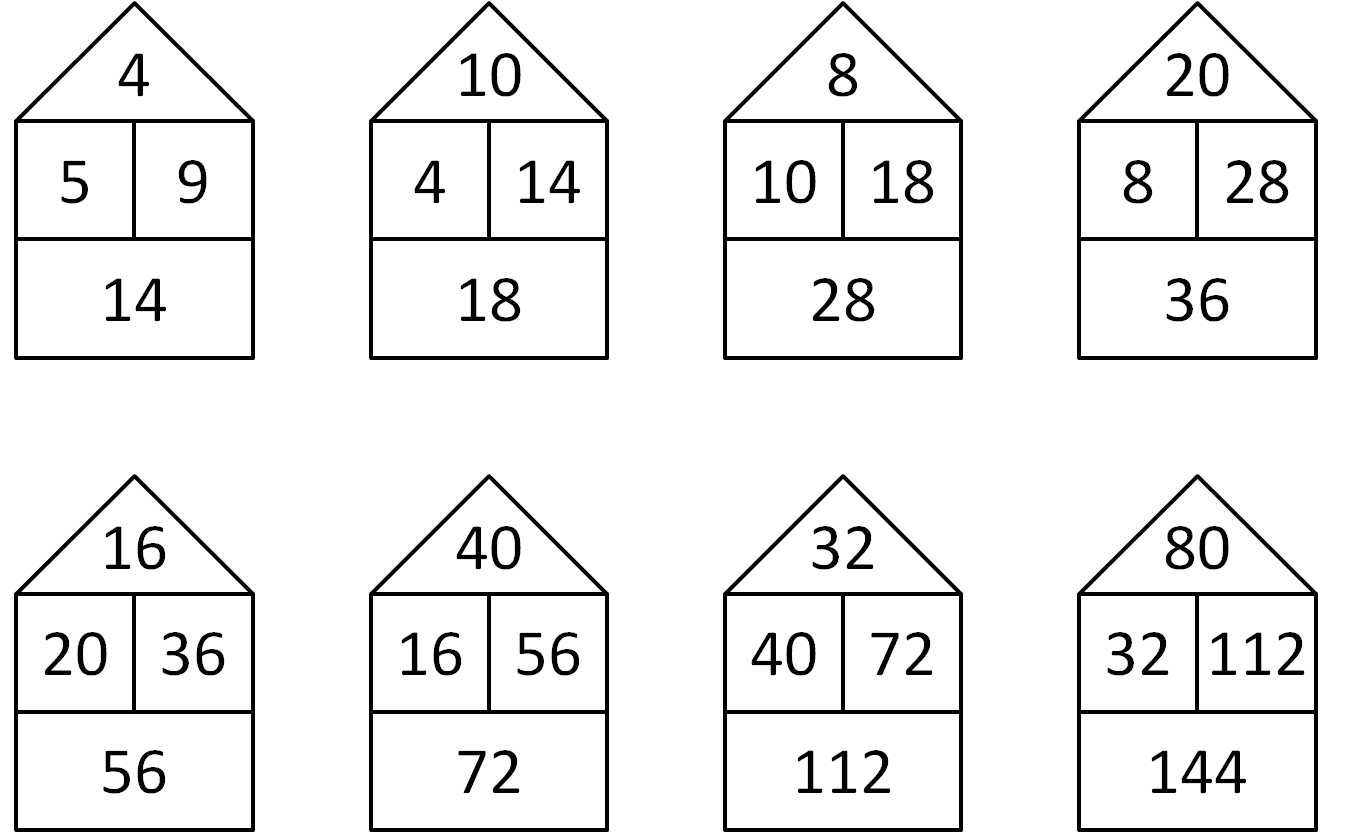 Tom, Morgan and Libby, from Berkeley Primary School, had a different way of explaining the patterns in the beach huts.

The 5 swaps places with the 4, and the 5 then doubles.


Mackenzie, from Queen Elizabeth's Hospital School, noticed a pattern when you move two stacks to the right:

The odd term huts follow a pattern and the even term huts also follow a pattern. For example, if you knew the fifth term hut then you could easily find the seventh hut by doubling all of the numbers in the fifth. This also worked for the even term huts, e.g. tenth hut is double the eighth. Therefore in order to find the 100th term (even number) we needed to double the numbers in the second hut 50 times.


Patrick, from Hitchin Boy's School, was then able to express the value of the numbers in the 100th hut to the right algebraically:

You have to move to the right 100 huts. Since moving two to the right doubles the number, you need to multiply the numbers in the second hut by two 50 times, or by $2^{50}$.


Imesh, from Roding Primary School, was able to describe how to go backwards from one hut to the previous one:


7Y, from Queen Elizabeth's Hospital School, were able to explain how to go back many huts to the left.

After this we considered going in the opposite direction (to the left) and quickly deduced that we just needed to reverse
the operation of  (doubling) and divide each number by two instead in order to move left by two huts.


Zach was able to use this to find many of the different terms. You can see his solution here, and the second part here .
The NRICH Project aims to enrich the mathematical experiences of all learners. To support this aim, members of the NRICH team work in a wide range of capacities, including providing professional development for teachers wishing to embed rich mathematical tasks into everyday classroom practice.