Round the Four Dice

Round the Four Dice 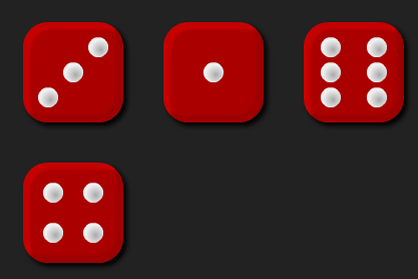 There some interactive dice here that you can use for this problem.

This activity provides a meaningful task for practising rounding four-digit numbers to the nearest multiple of 1000. It encourages children to record their results, notice patterns and make predictions.

A possible starting point is using a number line to remind the class what is meant by rounding.
The interactive dice can be used to model the activity on an interactive whiteboard or can be used by the children as they engage with the task. You may also find that individual dice are useful.

As the task is being modelled, the results should be recorded in a table, perhaps like the one below:


This organisation of results will support the children to notice patterns and conjecture about when numbers will round to different multiples of 1000.

Some children may move onto the extension tasks (below).

Copies of the table to write straight into would be useful.
A number line would also be helpful to support children in reasoning about which whole number is closest to a given multiple of 1000.
Children may like to try Round the Three Dice which focuses on rounding to the nearest hundred.
The NRICH Project aims to enrich the mathematical experiences of all learners. To support this aim, members of the NRICH team work in a wide range of capacities, including providing professional development for teachers wishing to embed rich mathematical tasks into everyday classroom practice.