The game uses a 3x3 square board. 2 players take turns to play, either placing a red on an empty square, or changing a red to orange, or orange to green. The player who forms 3 of 1 colour in a line wins.

Some puzzles requiring no knowledge of knot theory, just a careful inspection of the patterns. A glimpse of the classification of knots and a little about prime knots, crossing numbers and knot arithmetic.

Here’s a game to play with an adult! This is a basic form of the ancient game of Nim. 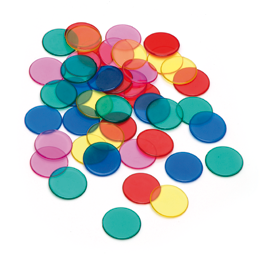 How do you play?
You'll need an adult to play with.
You will also need seven objects, such as counters or blocks.

Place the 7 counters in a pile and starting with the adult, take turns to take away either one or two counters.
The person who takes the last counter wins.
Swap who goes first, and keep playing until you work out a winning strategy.

There are more Nim-like games here.

This game offers a motivating context in which children can improve their logical thinking skills. It is a low threshold high ceiling game.

Easier version: record a game and look back together at key moments.
Harder version: try starting the game with different numbers of counters.

Repeat the game, aiming to find a winning strategy, then talk together about how it was found.